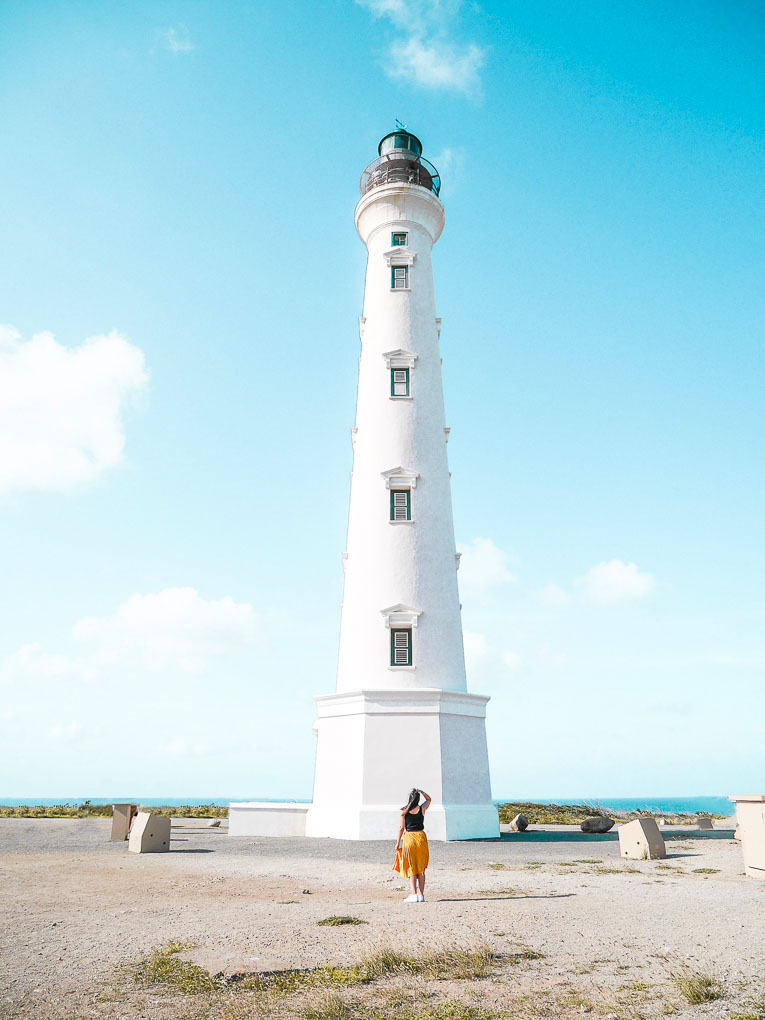 Embark on a climb up the California Lighthouse, one of the island’s most iconic landmarks. The newly renovated lighthouse has been restored to its original glory and affords unparalleled 360-degree panoramic views of the island. Each step and every window offers a unique view of Aruba’s scenic coastline.

Opened to the public at a ceremony in September 2016, the imposing 270-foot-high structure stands as a silent watchman over the area known as Hudishibana, near the island’s northwest tip. It affords a magnificent panorama of desert scrub, azure sea, verdant greens of the Tierra del Sol Golf Course, and high-rise hotels. The view is always spectacular, but watching the sunset from this vantage point will take your breath away!

The lighthouse was named after the S.S. California which sank previous to its construction in 1910. The light on top was created by fire, then gas, and later electricity. Adjacent to the lighthouse are the California sand dunes which offer loads of family fun or a stroll along the rugged coastline.