Since man first took to the seas, Bermuda has presented a notable challenge to mariners and in 11 days the island will continue to test sailors as it hosts the 35th America’s Cup. 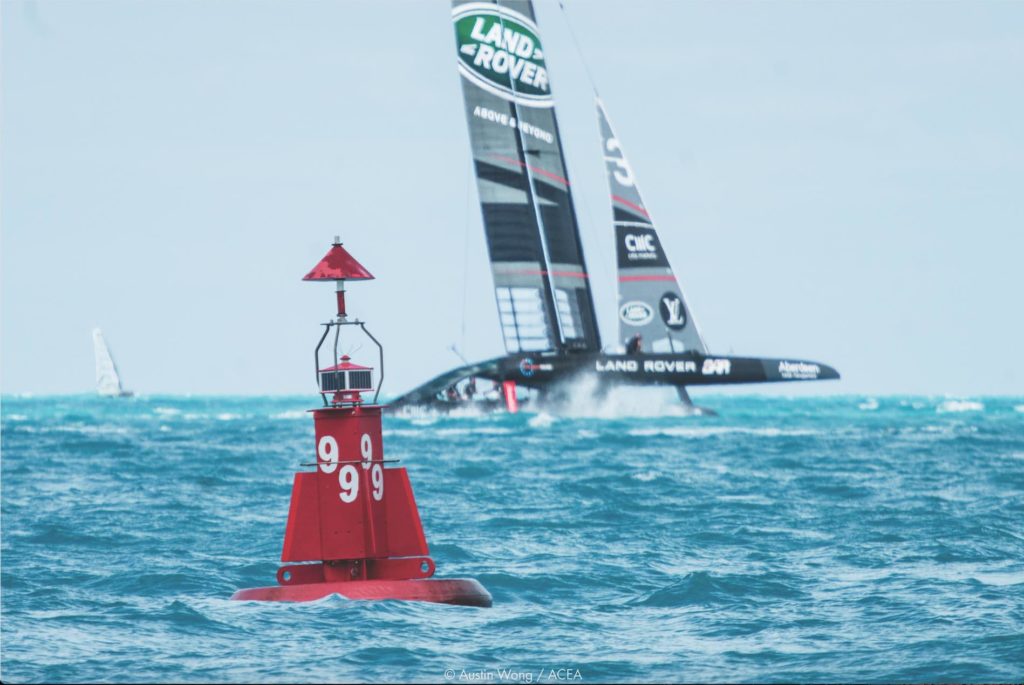 The America’s Cup is a unique sporting event in many ways; it could be argued that this single competition is responsible for pushing sailing technology to evolve at a rapid rate. The schooners that jockeyed for position as they raced around the Isle of Wight in the 1851 inaugural event would be no match for the foiling catamarans of today’s sport. 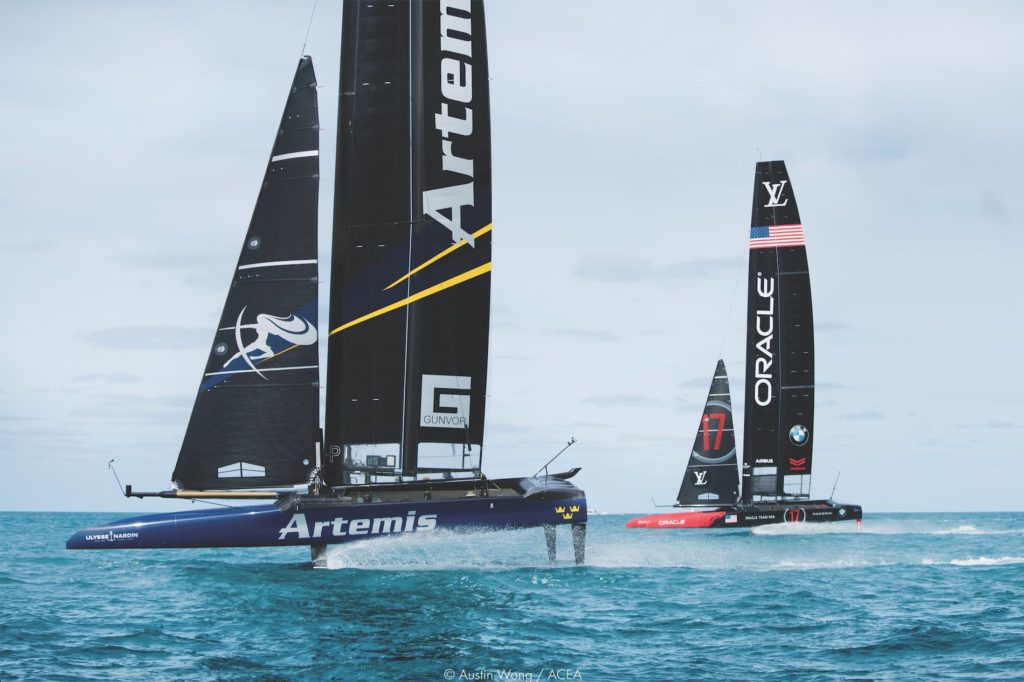 “You really need to excel if you’re going to win the Cup, and that takes a certain amount of time and effort,” Peter continues. “You have to have a fantastic sailing team with a high level of athleticism, as the boats used today are very physically demanding. The rules allow teams to exploit some tradeoffs and tolerances to result in better performance, so you have to have a great design and engineering team that can build a boat that allows sailors to perform at their best.”

The renowned sailing competition has indeed come a long way since the first race in 1851. The trophy originated when a syndicate of New York businessmen sailed the schooner America to represent the U.S. at the World’s Fair in England. As the America passed the Royal Yacht, taking first place in a race around the Isle of Wight, Queen Victoria asked one of her attendants which team was in second. The reply stands today as one of the best descriptions of the intensity and excellence embodied by the competition: “Your majesty, there is no second.” 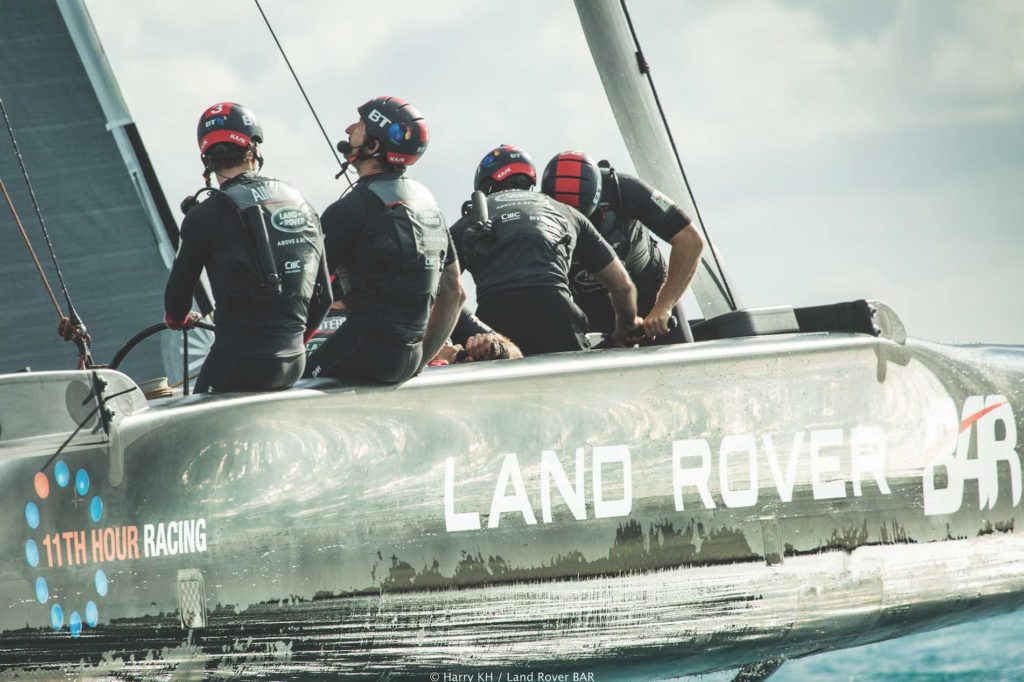 The schooner America won that first race, and the team was presented with a trophy that, at the time, was called the £100 Cup. The winning team donated the trophy to the New York Yacht Club under a deed of gift stating that the trophy was to be “a perpetual challenge cup for friendly competition between nations.” With this, the America’s Cup was born, named for the first winning schooner.

“It’s the pinnacle event in our sport for a variety of reasons,” says Peter. “It predates the American Civil War and is nearly 50 years older than the first modern Olympic games. There’s a lot of history and tradition to it.”

The America’s Cup is still governed by the original deed of gift, which calls for the previous winner, known as the Defender, to select the venue for the next competition. Each of the challengers battle it out in round robin-style qualifiers until only one remains. The top team then goes head to head with the Defender in a best of 13 series—the first team to seven points becomes the winner of the oldest trophy in international sport. 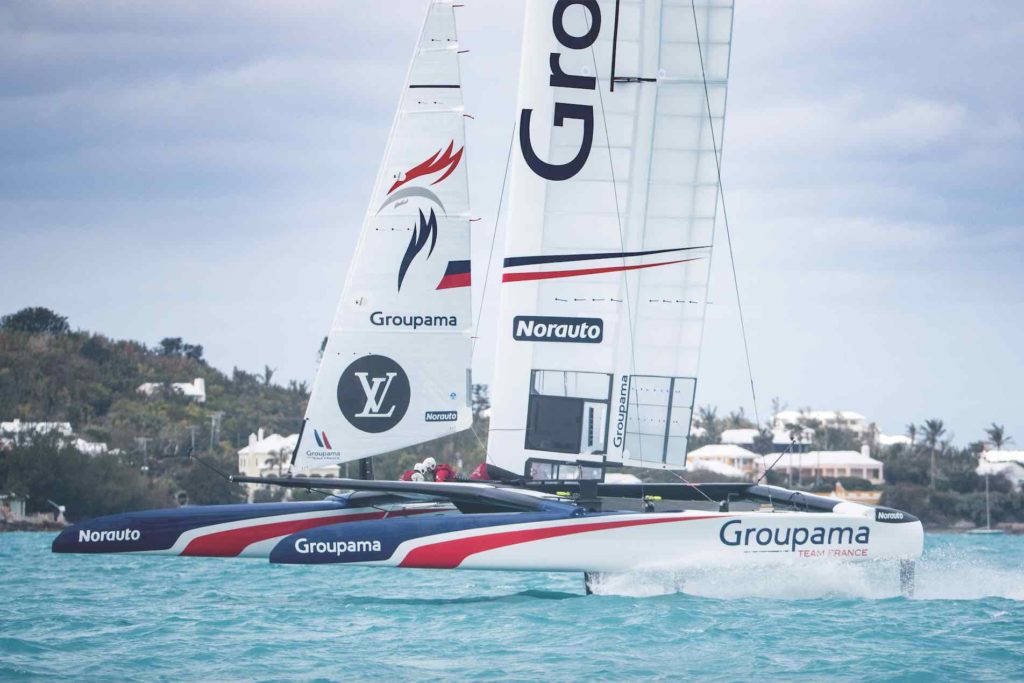 This is the first time the America’s Cup will be hosted in Bermuda, and the tiny island represents a unique opportunity for spectators.

“We race in a natural amphitheater called the Great Sound, which is the perfect size for these boats, and the shoreline creates natural boundaries,” says Peter. “You get this sense of being in a stadium or theater, which is great for spectating. The purpose-built event village at the Royal Naval Dockyard hosts all six teams as well as grandstands and all the hospitality aspects you’d expect at a major event. Bermuda is really an ideal place for the America’s Cup.”

The island’s geography presents one-of-a-kind conditions, upping the challenge for the sailing teams. Winds can vary from light breezes to blowing gales, keeping sailors on their toes and pushing them to perform at peak levels.

“The sailing conditions were a prime motivator to come to Bermuda along with the shoreside venue and natural amphitheater of the Great Sound,” says Oracle Team USA Skipper Jimmy Spithill. 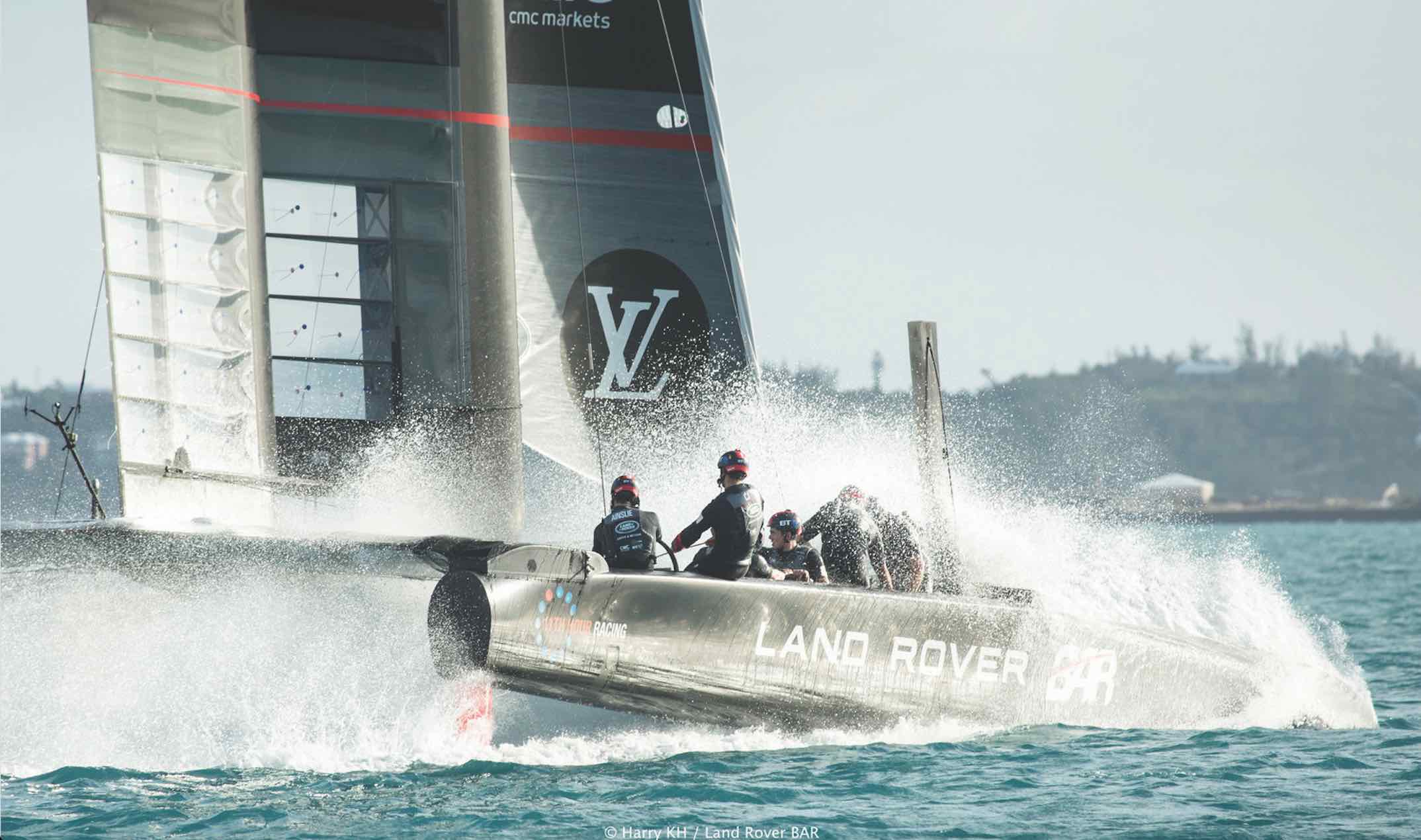 “It’ll be pretty close,” Peter says of the America’s Cup. “I know the Oracle team is expecting a very serious challenge this time. They think it’ll be very difficult to win.”

The America’s Cup has a history of returning to its previous venue—it was held in New York City and Newport, Rhode Island more than 10 times in a row, respectively—but without knowing the 35th America’s Cup winner, it’s hard to say where the newest Defender will choose to host the next competition. It’s safe to say there’s a good chance the America’s Cup may stay in Bermuda, as every team has lauded the island for its warm hospitality.

“The enthusiasm in Bermuda for the event has just been tremendous,” says Peter. “The hospitality has been unbelievable. Everybody just loves it here, and we’re thrilled with the reception we’ve had from Bermuda.”