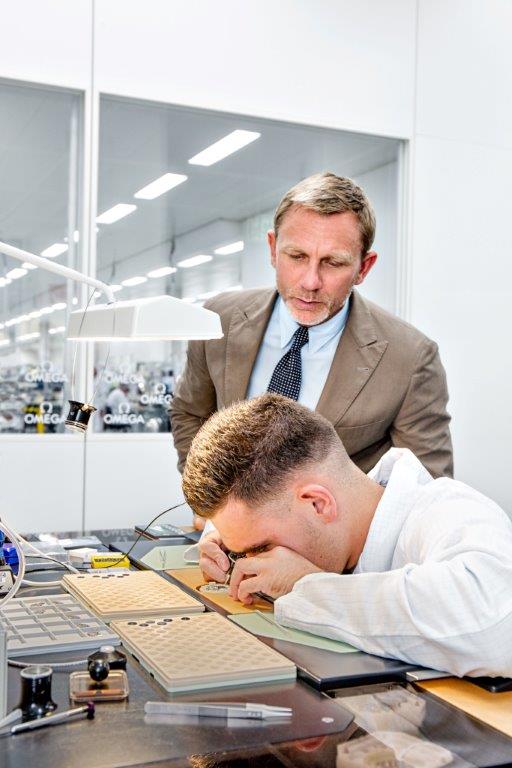 The actor sees production of the new OMEGA Seamaster 300 “SPECTRE” Limited Edition, which will go on sale in September

Daniel Craig has made a special visit to the heart of the Swiss watchmaking industry for the inauguration of the OMEGA factory in Villeret, Switzerland. The actor who reprises his role as James Bond in SPECTRE, the 24th Bond adventure, was given a guided tour, as well as exclusive access to the factory’s assembly line. During the visit he was also shown production of the new OMEGA Seamaster 300 “SPECTRE” Limited Edition.

For OMEGA, Daniel Craig’s visit to Villeret was a momentous occasion. Together with Nick Hayek, Swatch Group CEO, and Stephen Urquhart, President of OMEGA, Craig was shown exactly what goes into making OMEGA watches such as the one he wears in SPECTRE. As an avid collector himself, he was fascinated by the engineering and expertise on show.

“I think what was so impressive was the fact that these watches are made from the ground up. You start with nothing, and then there’s suddenly a working watch. That’s the beauty of it.

The Seamaster has been James Bond’s watch since GoldenEye (1995), with its naval history and classic style, the watch perfectly reflects Bond’s character. Now, in celebration of the new movie, fans and watch collectors will be able to buy the model worn by 007 in SPECTRE, as the OMEGA Seamaster 300 will go on sale as a limited edition. The release marks a first for the partnership; until now, only commemorative editions have been used to celebrate OMEGA’s link with the franchise. 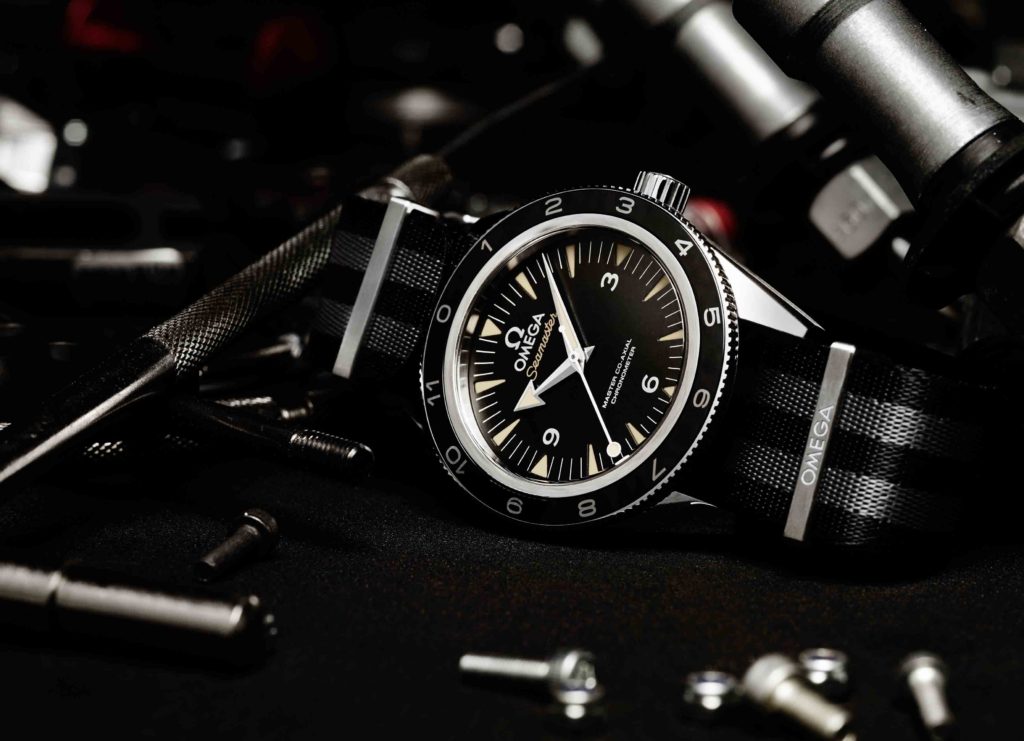 The watch features a bi-directional, rotating diving bezel, made from black, polished ceramic, combined with a LiquidMetal® 12 hour scale, so that time can be kept with any country in the world.

Other unique features include the “lollipop” central seconds hands, as well as the 5-stripe black and grey NATO strap. On the bracelet’s strap holder, the 007 gun logo has been engraved.

Each watch has its own unique serial number engraved on the back along with the SPECTRE film logo, celebrating the latest on-screen adventure. Inside, the watch is driven by the highly innovative OMEGA Master Co-Axial calibre 8400, a revolutionary movement in its own right.

This special timepiece will be limited to just 7,007 pieces. It will be available in selected boutiques from September. 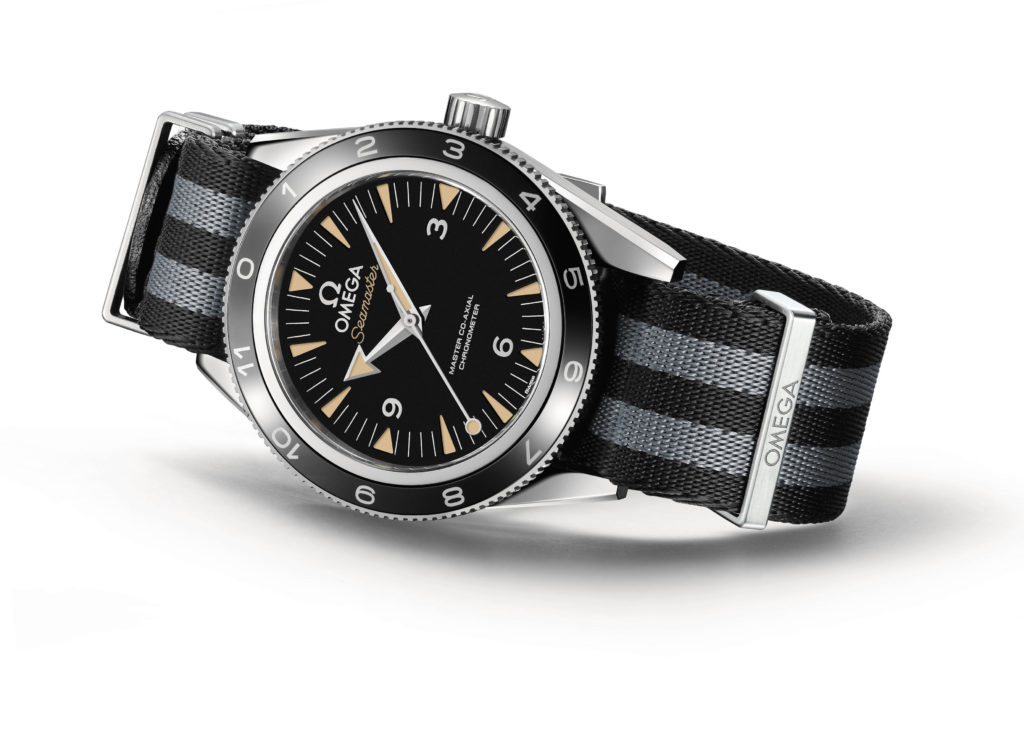