With schedule changes to the International Hot Rod Association’s 2016 tour, this weekend’s Northern Nationals has become the final event of the season. Three rounds of qualifying and three rounds of eliminations are all that’s left to determine the 2016 Champions. In Pro Stock, Team Aruba sits a mere three points out of first, making their first ever IHRA Pro Stock World Championship a serious possibility. 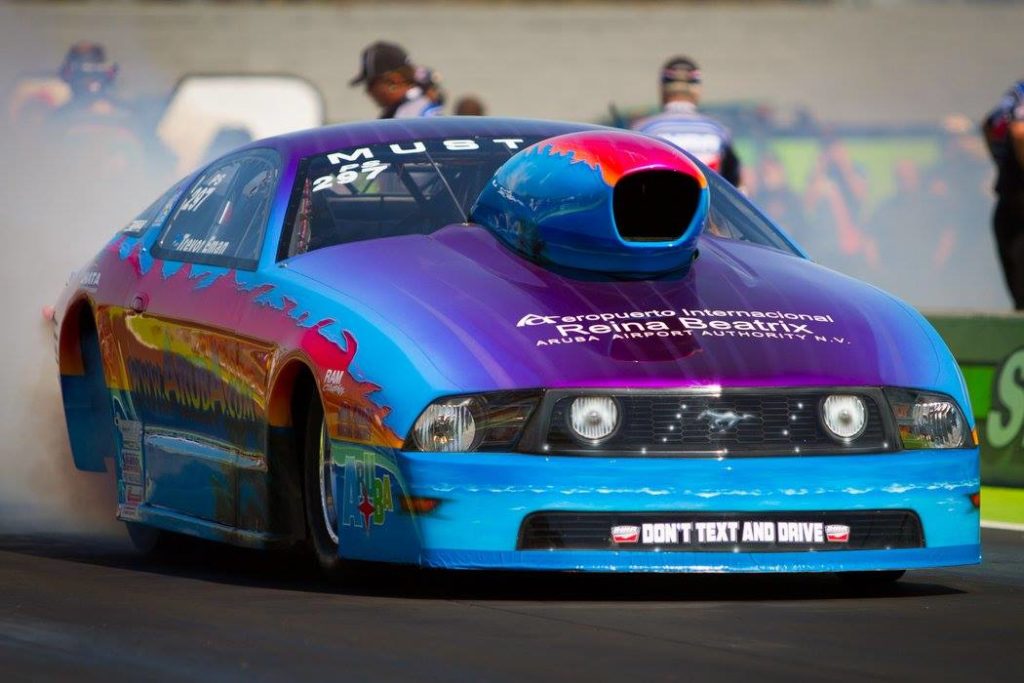 Team Aruba has had a standout year, with three back-to-back finals earning them their hard fought points position. Points leader and reigning world champion Cary Goforth is a worthy opponent and will not be easily overcome. However, Team Aruba, led by team owner Ven Eman and driver Trevor Eman, have found their stride this season and are primed to secure their first ever IHRA Pro Stock World Championship.

“Although we expected this year to consist of more races, we understand the position the IHRA is in with having to remove some of the races from the schedule,” told Eman, who tested Thursday before qualifying begins on Friday. “With this being the championship-deciding weekend, we are very excited to be in the position we are in. Less than a round separates us from Cary Goforth, which will make every lap count. We want to qualify well and then make sure we go one more round than Cary. It would be nice to continue our final round trend, but the bigger picture is, of course, the championship. We will be giving it everything we have to turn this weekend into positive results.

“Our team has worked hard all year to make it into this position. We are ready to work even harder yet this weekend. I cannot thank our team and our partners enough for helping us achieve the success we’ve had this weekend. This Aruba.com Mustang is ready for the biggest battle its seen yet.”

“I know everybody back home is rooting us on and they will be watching the live feed,” Eman continued. “We invite all our friends to keep up with us on Facebook, where we’ll be posting results, as well as the live feed. We certainly appreciate their support.”

This will be the weekend to watch as every run is one step closer to championship decisions. Should Team Aruba secure the IHRA Pro Stock World Championship it will be the first time an Aruba native has won an international drag racing championship in a professional category. Eman and his team will do everything in their power to make sure that happens: “Nothing would make me prouder than to take this championship home to Aruba!”

Watch Team Aruba as they chase down their championship. Every run is broadcast live on MotorManiaTV.com.