Until the Australians took the cup to Perth in 1983, anyone brave enough to suggest that little New Zealand could match the United States in a sporting event dominated by technology and cash would have been a laughing stock. New Zealand had the designers, the boat builders, the sail makers, the riggers and the yachtsmen, but where could a nation of little more than three million people get the money? 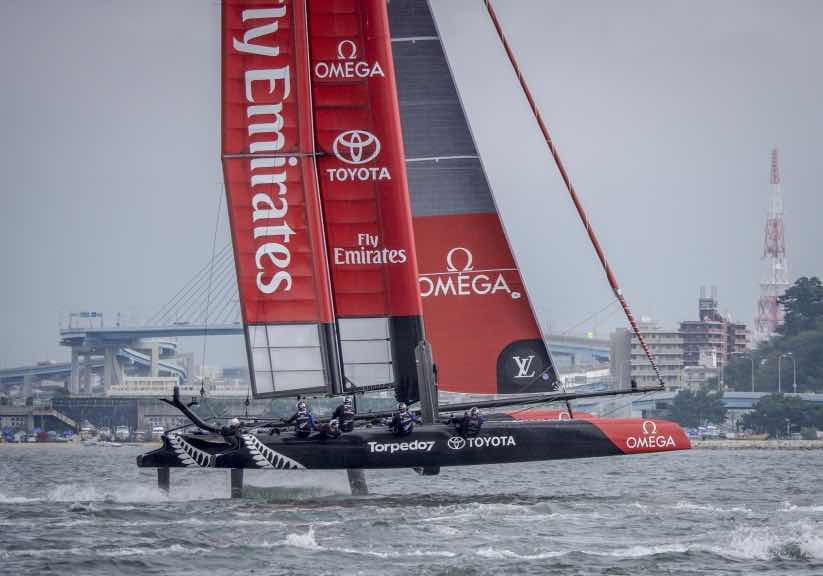 Emirates Team New Zealand, challenging for the 35th America’s Cup, had its beginnings in the New Zealand Challenge team which contested the 1987 America’s Cup event, sailed at Fremantle, Western Australia. It has missed only one event since—the 2010 Deed of Gift Challenge between Alinghi and Oracle at Valencia—making it the longest-lived team in recent America’s Cup history.

Emirates Team New Zealand came within one win of taking the America’s Cup home in 2013. After blasting their way through the challengers’ elimination series and a gutsy performance in the match, the team finished on the wrong side of one of the greatest comebacks in all of sport.

For New Zealanders, their team and the America’s Cup came to typify many of the nation’s values—a can-do attitude, teamwork, taking on the big guy, accepting a challenge, and striving for excellence.

With the great race for the America’s Cup beginning tomorrow, we chat to Skipper Glenn Ashby about Emirates Team New Zealand’s race preparations.

It always feels great to be actually in the year of the America’s Cup. You work so long and hard behind the scenes to get to a date, and then compete with the very best and aim to be the best, so it feels good. But you know it doesn’t feel as good as it will to win the America’s Cup back.

Our preparations have been coming along really well. We are just in the process of moving our base up to Bermuda, so we have been based at home in New Zealand, but we are very much looking forward to getting set up there and sailing on the Great Sound.

From all accounts, speaking to the guys in the other teams, the sailing conditions are really great in Bermuda. The better the conditions are, the better it will be for our performance.