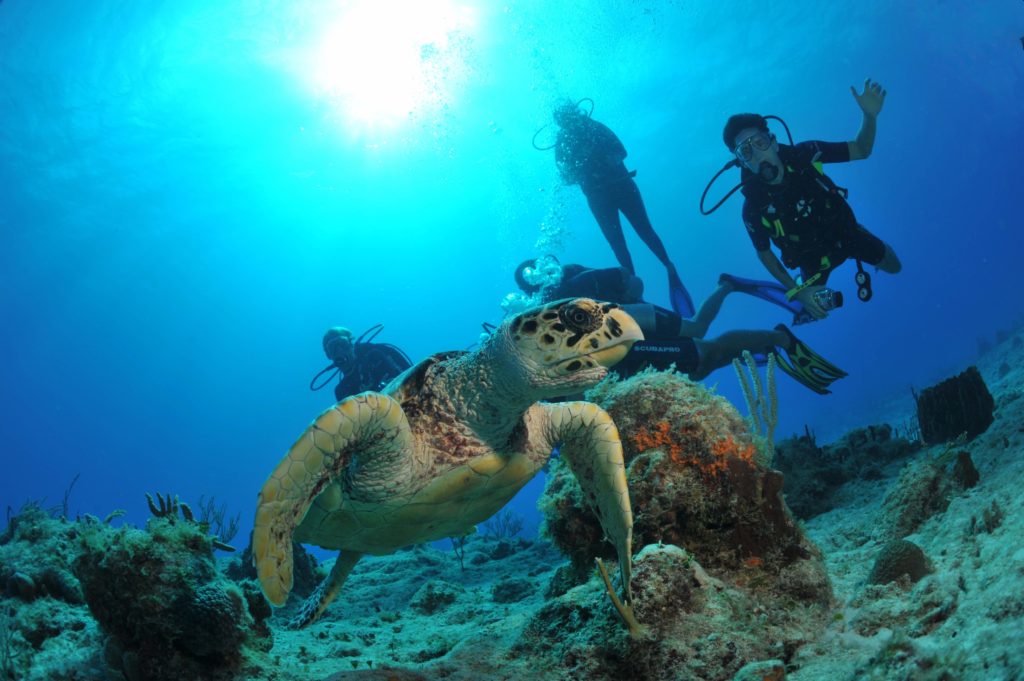 Turtles are a special sighting on a dive

Steve had wanted to get scuba diver certified ever since he was 16-years-old but for some reason it just never happened. Fast forward 40 years to 2014 when Steve and Robin were planning their 30th wedding anniversary.

“We decided that we would combine our anniversary celebrations with finally completing a scuba certification course,” says Steve. “We also decided that St Maarten would be the first stop.”

They began reaching out to diving centers on the island.

“The more we read, the more it became clear that Octopus Diving was the place to get certified.”

They chose Octopus Diving because of the amazing online reviews and their dedication to safety and quality. They also felt more at ease knowing that Octopus Diving only take out two students per instructor.

“We contacted Sally to find out what was going to be required for certification and our options for getting it done.”

The PADI Open Water course is split into three parts; theory, confined water skills and four open water dives. Steve and Robin decided to purchase the manual and study at home, and then review the theory on island. They also had the option of completing the theory online through PADI eLearning before their trip.

“The practical part of our course was completed over the next two and a half days. It was really fun. Our instructor was excellent and I can’t really say enough about how great he was! My wife was a bit apprehensive about completing some of the skills, but he worked with her and enabled her to gain the confidence needed to remain calm and execute each requirement like a pro.”

Steve and Robin were also impressed with the quality of the diving.

“Even on our training dives we saw massive schools of fish, turtles and rays. The water clarity was great.”

They were elated when they finished the course, and for Steve, after waiting 40 years, it was especially gratifying. Steve now talks about perhaps becoming a dive instructor himself, and since returning to Nebraska both he and Robin have gone on to further education in diving.

It wasn’t just about getting certified though. 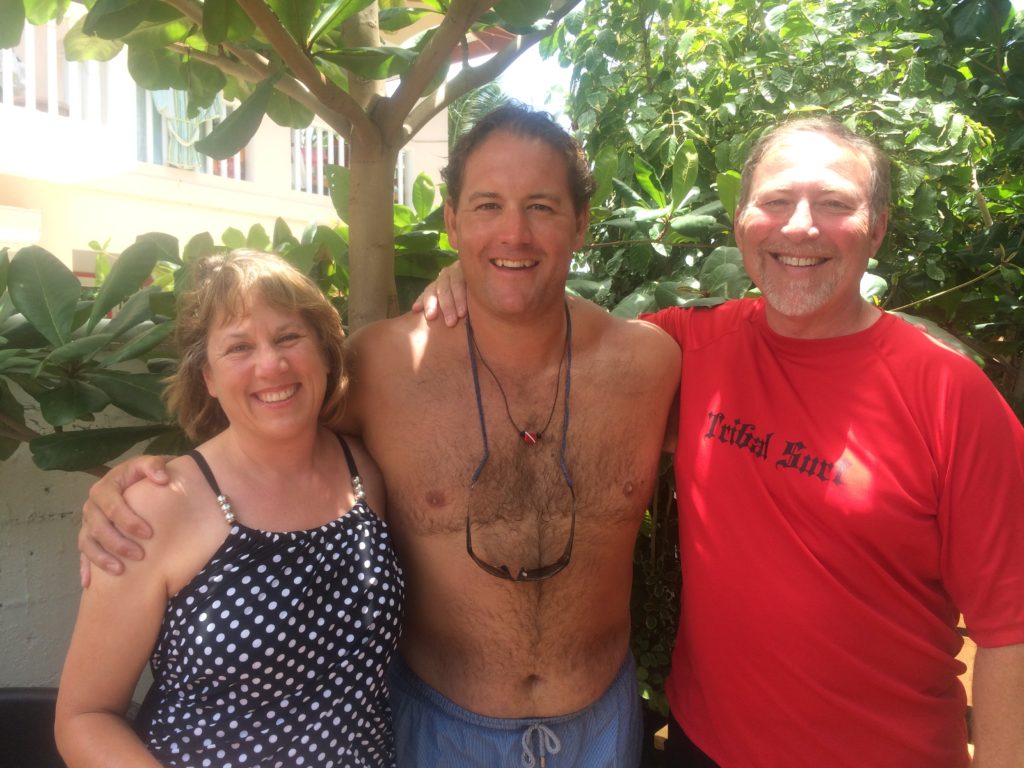 Steve & Robin with their instructor James in the middle

“The most important thing, besides getting certified, was getting to know Chris, Sally, Keiran, and the other staff members. That made the experience mean so much more to us and we are very happy to now consider them our friends. Anybody can try to teach you something, but when you forge a connection with the people doing it, the experience just amplifies and sticks. Sometimes you just get lucky, and we are certainly glad it worked out that way for us.”

Chris and Sally moved to St Martin in 2008 to follow their dream, that dream has now become a reality. Why not dive with them at Octopus Diving, you never know, it may change your life forever.