Artemis Racing has a multinational crew comprising some of the most successful and respected sailors and designers in the world. The sailing team members, including two designers, have competed in a total of 21 Olympics Games, winning 11 medals, including seven golds. 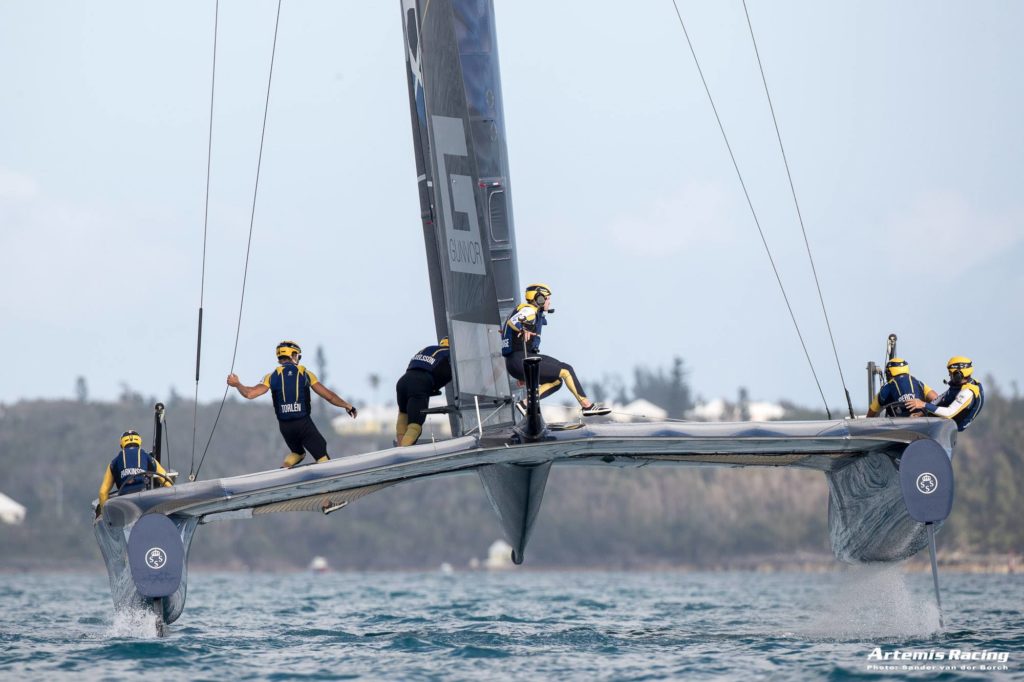 Artemis Racing consist of more than pure sailors. There is a design team, a team of world class engineers, boat builders, and a support team, all of whom work together to make the team run and develop with one single goal: to win the America’s Cup. The team has been involved in a total of 64 America’s Cup campaigns, including 14 victories.

It’s really exciting, to be honest, to finally have it happening. We’ve been training for four years in the lead-up to the Cup and we’ve been here in Bermuda since the start of 2016. The training has been going really well, and we’re just excited to be here and we’re ready to race.

Our race preparation is coming along really well. We’ve had a lot of training regattas against the other Bermuda-based teams. It’s been really valuable being able to check in with them regularly to see the areas that we need to work on. We identified a few things last summer that we needed to change on our boat, so that’s been a big benefit of racing the other teams. Now we’re in the final stages of race preparation, working on starting and general race tactics.

Bermuda is one of the best venues you can have for these boats, with the flat water and variable conditions. It’s a real sailors’ venue. Sailing is about making really good decisions on the race course. I think it’s awesome that the America’s Cup is in Bermuda. It’s going to be an awesome event.

How are you enjoying Bermuda in your down time? What sights are you seeing and are there any special activities you’ve experienced?

What I’ve learned in the America’s Cup is that there is very little down time. I’ve been trying to make it my mission to see the whole island, which you’d think would be easy to do considering its size, but there are so many hidden gems here. We have a personal boat, and we’ve learned while cruising around the island that it’s such a water-based community. Even in the winter, you can get out on the boat and check out the reefs and wrecks. I’m living in Somerset which feels a fair way from the main town, but with the boat you can get there quite quickly. It’s a perfect place for me. I love being surrounded by the water; it feels like home.

I think the special activities I’ve experienced are definitely on the water. I’ve been out to North Rock a few times, done a bit of diving here and there. I’m really starting to appreciate what’s under the water, rather than just how to fly over the top of it. One thing that’s been quite good for us here is you spend a lot of evenings catching up with friends at home. We’ve gotten to know our neighbors quite well, which wasn’t really happening for us in San Francisco with it being such a big city. It’s nice that the island has been so welcoming.

The conditions are quite puffy and very shifty, so no race is going to be the same. What’s going to be interesting is that you might think you have the race in the bag, but what we’ve found in the race training is that it’s never over until you cross the line. In San Francisco, it was pretty obvious who was going to win by about halfway through the race, but I don’t think that will be the case here.

For more information about the America’s Cup visit americascup.com