Oracle Team USA is the defending champion of the America’s Cup, after winning the last two editions in 2010 and 2013. We chat to Skipper Jimmy Spithill about choosing Bermuda as the race location, competition training and island life. 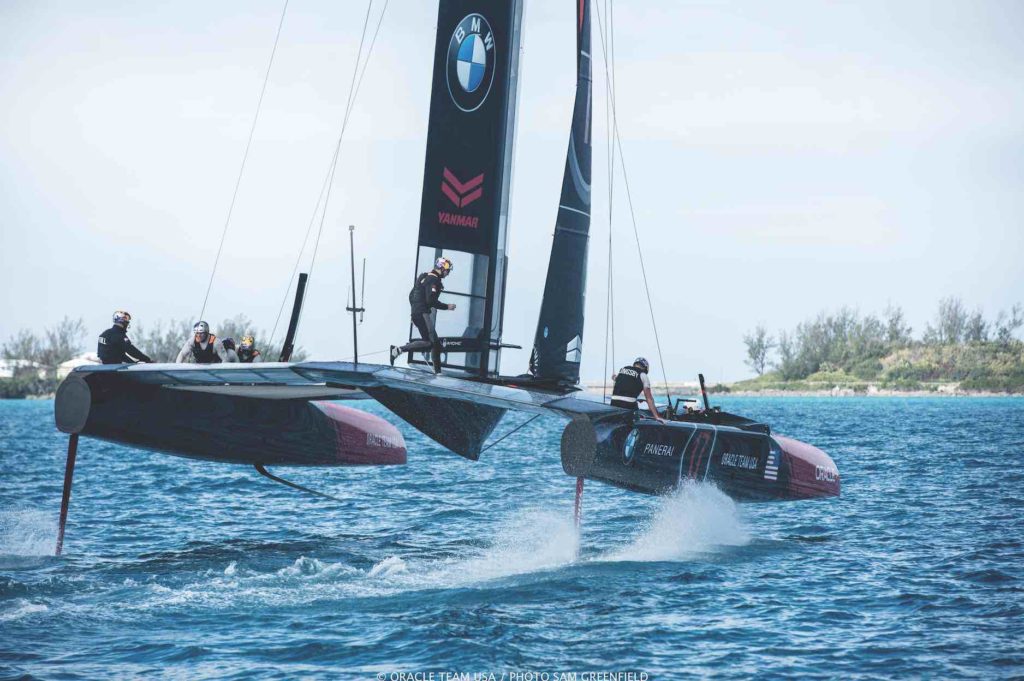 Skipper Jimmy Spithill led his team to an inspiring comeback win over Team New Zealand in the last Cup. Down 8-1, and facing match point, Oracle Team USA won the final eight races of the match to win the America’s Cup 9-8.

Now, Spithill is preparing to lead his team to a ‘three-peat’—a third consecutive victory.  Spithill, along with COO Grant Simmer and sailing team manager and tactician Tom Slingsby, has assembled a younger, stronger crew, capable of facing up to the massive physical and mental challenges posed by the new America’s Cup Class boats.  The design team features many of the top American and international yacht designers in the world, while Oracle Team USA’s boat-builders and shore crew are second to none. 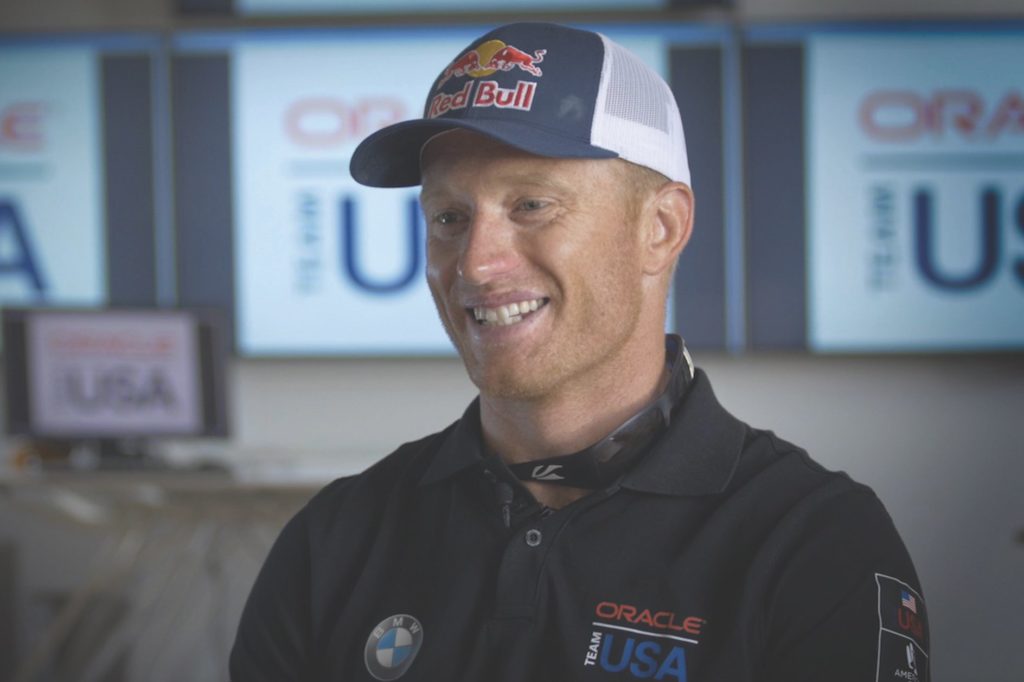 This is my sixth America’s Cup and I think it’s going to be the most challenging one yet. The boats are more demanding than anything we’ve raced in the past and from what we’ve seen in practice against the other teams, the competition is going to be closer than ever before. It’s going to be a real battle.

Bermuda is a fantastic place to race these boats. One thing we’ve learned since we’ve been here for nearly two years is how different the conditions can be on the Great Sound. It’s never the same two days in a row and as sailors, that’s a great challenge. But it’s also just a beautiful place to be on the water and a great all-year venue.

How are you enjoying Bermuda in your down time? What sights are you seeing and are there any special activities you’ve experienced?

We don’t have a lot of down time, but when we do, we tend to still be out on the water. The fishing and diving is great and it’s a great place to paddle and kite surf. My family loves the beach and for the kids, there’s a ton of outdoor activities from biking to sailing.

As we’re pretty isolated on a small island in the middle of the ocean, sailing conditions in Bermuda are dictated by larger weather patterns. That means the weather is very changeable. But the Great Sound offers good protection from any large waves or swells and that means we can push the foiling America’s Cup Class boats to their maximum on the flat water. During the summer, there is a very consistent prevailing sea breeze.

Why did you select Bermuda as this year’s venue, and how are you feeling about your decision at this point?

The sailing conditions were a prime motivator to come to Bermuda along with the shoreside venue and natural amphitheater of the Great Sound. If anything, having seen the very warm welcome we’ve received over our two years here, we’re happier about our decision now than we were when we made it. This summer is going to be the best America’s Cup to date.

For more information about the America’s Cup visit americascup.com