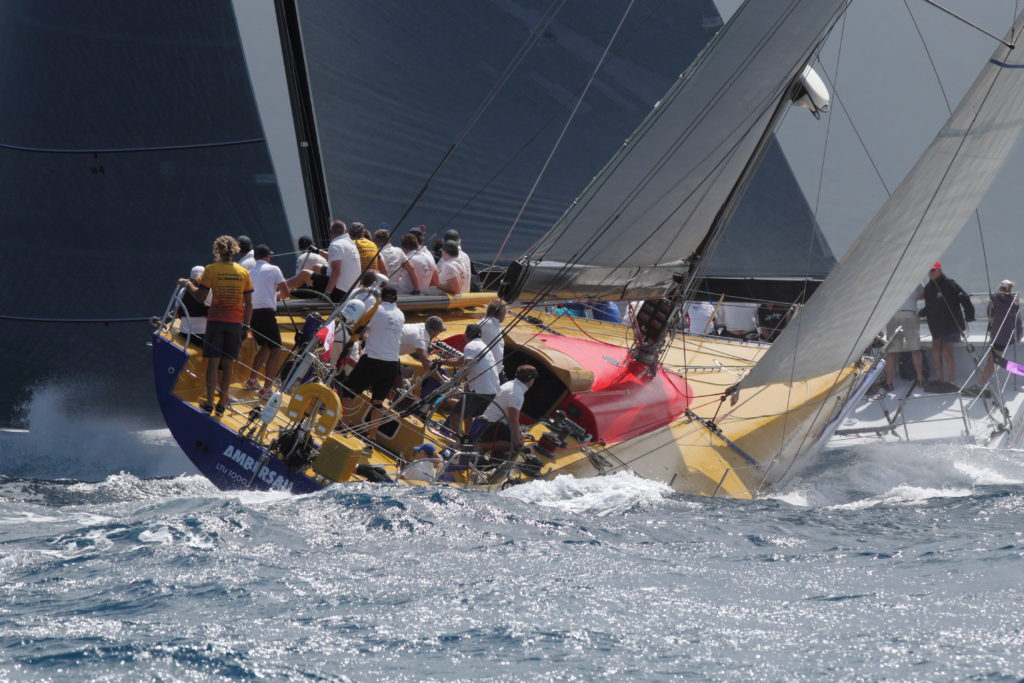 This week the St Maarten Heineken Regatta will celebrate its 37th anniversary, taking pace on March 2 – 5. Recognized by sailors worldwide as one of the sailing world’s best regattas, each year the event lives up to its worthy motto, “Serious Fun!”

Over the last 36 years the regatta has become the largest of its kind in the Caribbean region. It is always held on the first weekend of March and showcases the top racing sailboats from around the world.

Nearly every class winner was undecided until the very last races, demonstrating the competitive nature of the regatta, but one class had a clear frontrunner. Out of the 26 boats that entered the multihull race, Lloyd Thornburg’s MOD70 trimaran, Phaedo 3, was unbeatable with speeds well over 30 knots. Its record time astonished viewers and participants alike as it lapped the entire island of St Maarten/St Martin in 1:19:59, breaking their record of 1:30:19 from the year before.

Another first was the unique Volvo Class, a separate class for yachts that have participated in the famous round-the-world race. A special visit from Team Brunel, who won second place in the last Volvo Ocean Race, was a big hit. The celebrated sailors held an onboard ‘meet and greet’ and a movie-showing in the ‘Budget Marine Lounge’ – a roof deck inside Regatta Village at the St Maarten Yacht Club, a favorite after-race hangout for sailors.

Exceptional events need many helping hands. Each year, over 100 volunteers take out time to assist during the regatta. From steering water taxis, crewing start and mark boats, manning the registration desk, handling poster and magazine distribution and setting up stages at the various parties. Hard hours are worked by many of the island’s residents and visitors alike to make every regatta a huge success.

It’s not just about racing. The Heineken Regatta has become equally famous for its first-rate entertainment and the wonderful Dutch and French culture, cuisine and lifestyle that the island has to offer.

“Serious Fun” also means that each day of racing ends with a theme party night. Last year, the event’s Thursday night “Green Energy” party at Port de Plaisance was hosted right after the Gill Commodore’s Cup, a smaller prelude regatta to the big weekend of racing. Friday night’s theme on the Philipsburg Boardwalk was “Come Sea St Maarten”, showcasing the culture of the island with all local bands and an open-air market. Saturday’s event at Kim Sha Beach was themed “St Maarten By Air,” with live air acrobatic entertainment and inflatable toys.

With so many winning boats in multiple classes, prize giving takes a while, but then the audience is rewarded by spectacular music concerts. Over 15,000 people gathered on Kim Sha beach for Sunday’s final performance entitled “The Legendary Party”, featuring a live performance by award winning American rapper Akon, to close the regatta for another year.

So get ready for another four days of world class competitive racing in ideal conditions – with trade winds coming from the North East, an average temperature of 25°C, and crystal clear waters.