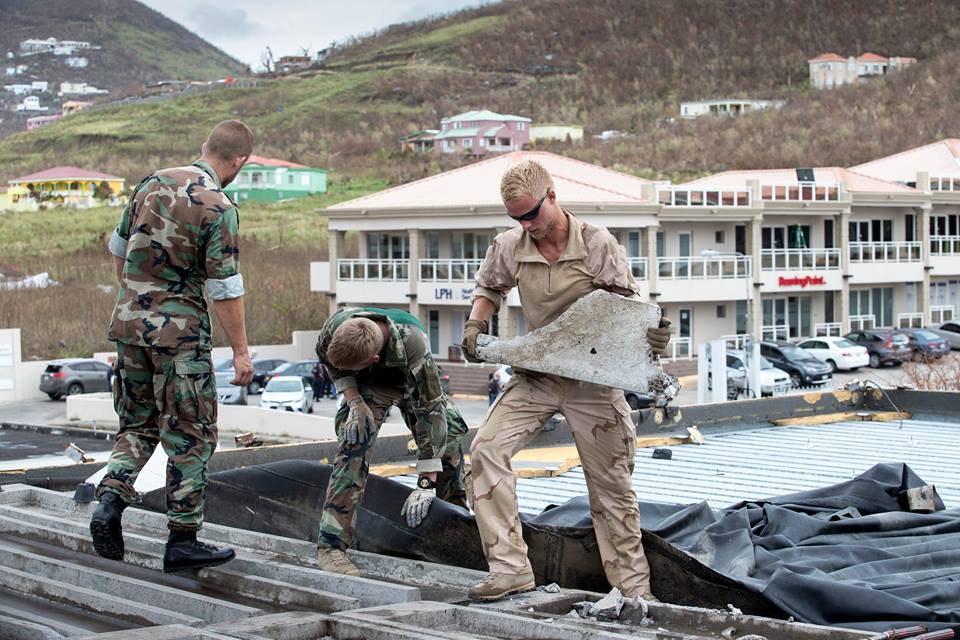 “A knockout blow was dealt to the Caribbean island of St Maarten / St Martin when Irma stormed through as a Category 5 hurricane…or so the world thought. The people living on the island knew better. As soon as it was safe to do so, neighbors helped neighbors to clean up yards and streets and tack tarpaulins over gaping holes where roof sheets, or even whole roofs, used to be.

Aid poured in from all over the world, even from Dominica before they were hit with another Category 5 hurricane that looked to track in the same path as Irma two weeks later, but tracked south to hit Dominica head on instead. That was Maria.” 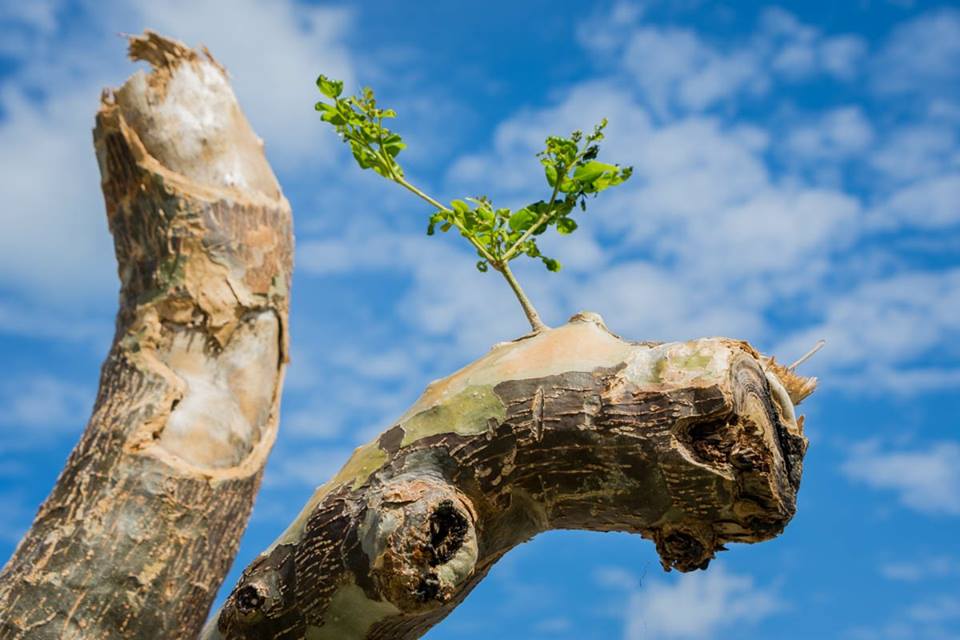 “Twenty-six days later and the hills are green, trees are sprouting new leaves, and the streets in the main areas are clear of debris. Water and power in most areas are on, and so are internet and phones. Restaurants that weren’t destroyed or too badly damaged, particularly on the Dutch side, are open and the stores have fresh fruit and vegetables in stock again. Front Street and Back Street are open for business in Philipsburg and are awaiting the arrival of the first cruise ships with their hordes of curious passengers.” 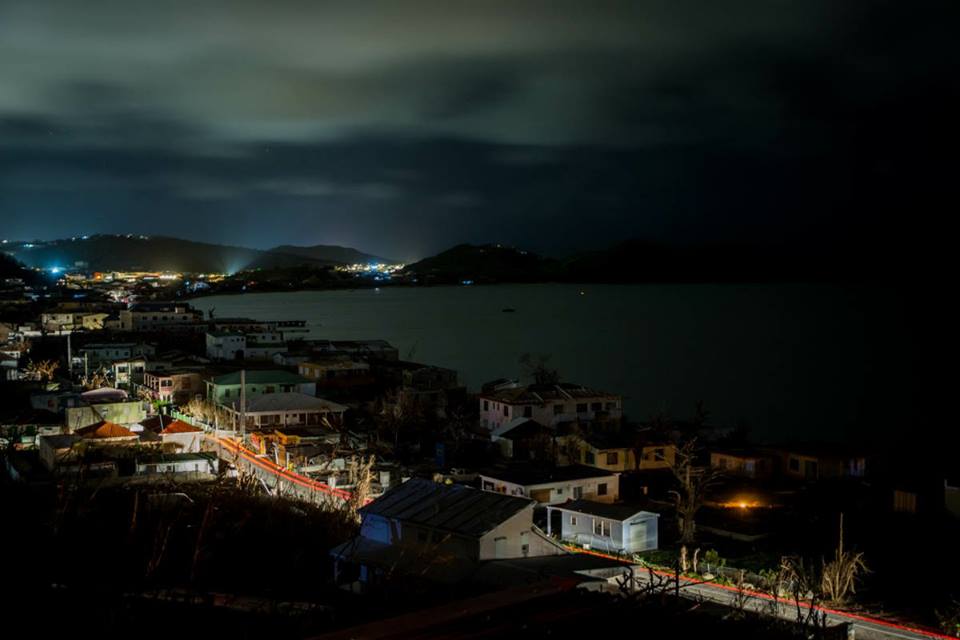 A car driving down the darkened streets of Grand Case, but with new poles going up, there should be power soon. {Photo credit: Mark Yokoyama}

“Thanks to a gigantic effort by public works, GEBE, Dutch Marines, Airborne Light Mobile Brigade, French Gendarmes, and ordinary people, the island is well on the way to recovery.” 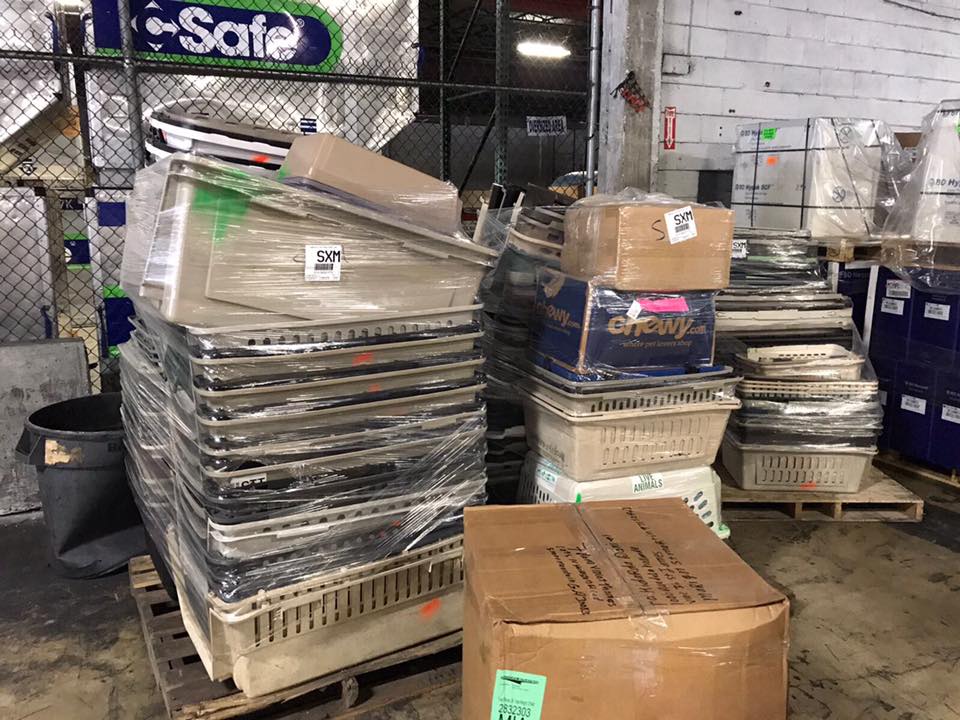 Animal crates arriving in St Maarten for assembly to ship animals to safety in the US. {Photo credit: Corinne Mackie}

“Animal shelters on both sides of the island have managed to do a Herculean task in getting the dogs and cats that were in the shelters before the storm, ready for a flight out to the US to safety. Many people who offered to look after the animals during Hurricane Irma had to be evacuated. Some took the animals with them, but many were not able to do that and, with the shelters being destroyed, there was nowhere for these animals to go to. Thanks to the shelters and everyone else involved in making this happen, they now have a chance for a new life in the US.” 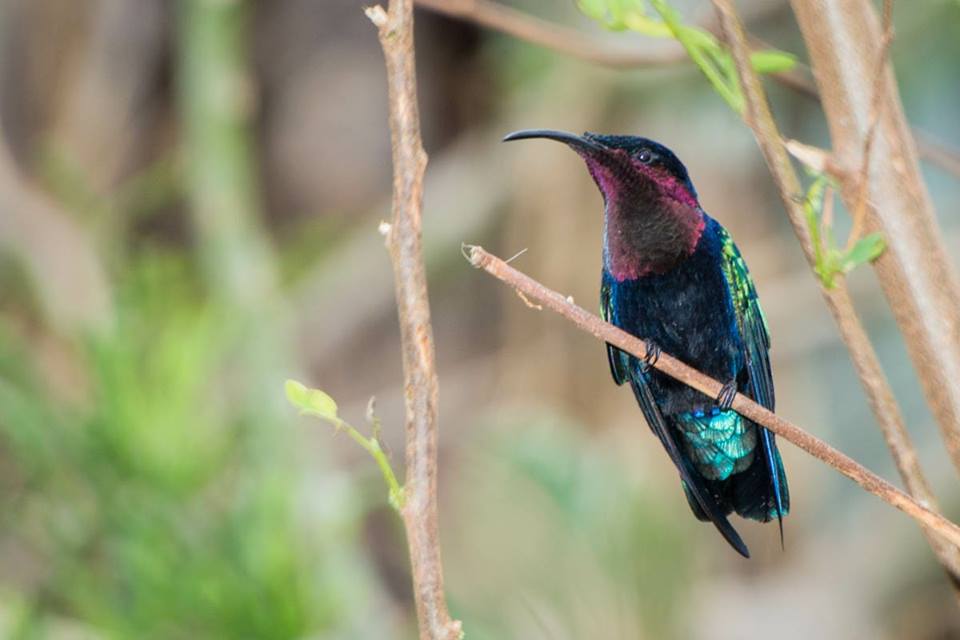 Purple-throated Carib hummingbirds usually live at higher altitudes and are a very rare sight on St Martin, but one was captured on a photo. {Photo credit: Mark Yokoyama} 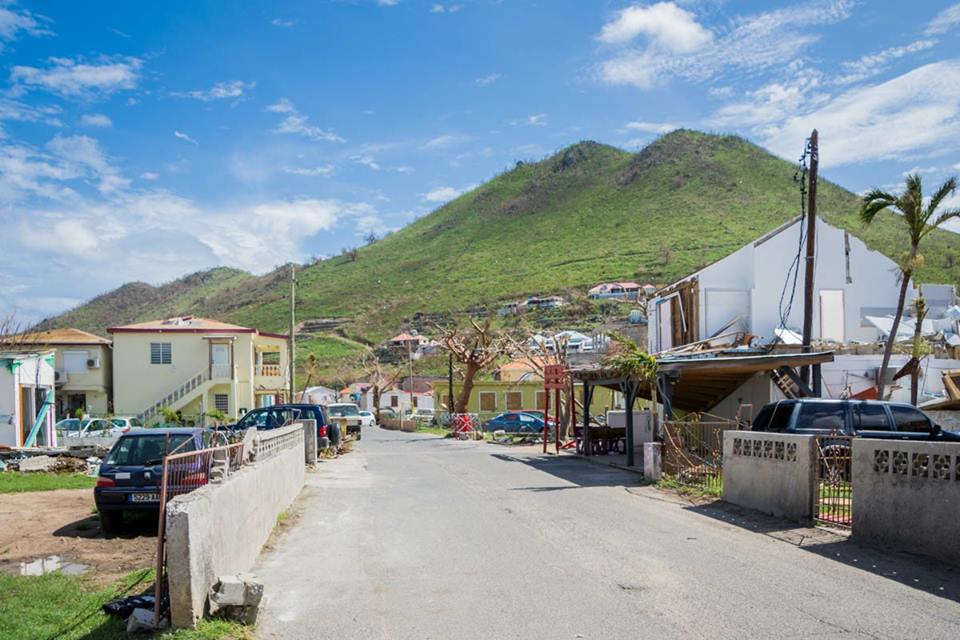 Twenty-three days after Irma, the streets are clean and the island is green. {Photo credit: Mark Yokoyama}

“The downside is that many, many resorts and hotels were damaged, so tourists who would like to come before the end of the year may be out of luck. The upside is that there are some places that came through with minimal damage like Princess Heights in Oyster Pond, among a few others. Places like Beachside Villas in Beacon Hill and La Vista’s Beach Villas did sustain damage and may be partially open by the end of the year. They are aiming to open the undamaged parts by December or January this year if they can get the contractors they need.

The rest of the hotels and resorts that were not totally destroyed, are planning for a late spring opening in 2018. If you are planning a trip, it would be best to check with the hotel or resort of your choice to make sure that they can receive you.

The curfew is still in effect, but has been extended from 9pm to 6am on both sides of the island. Patrols are out, so it is wise to be indoors during that time. Criminal elements are being sought out and dealt with and the island will be better for it.” 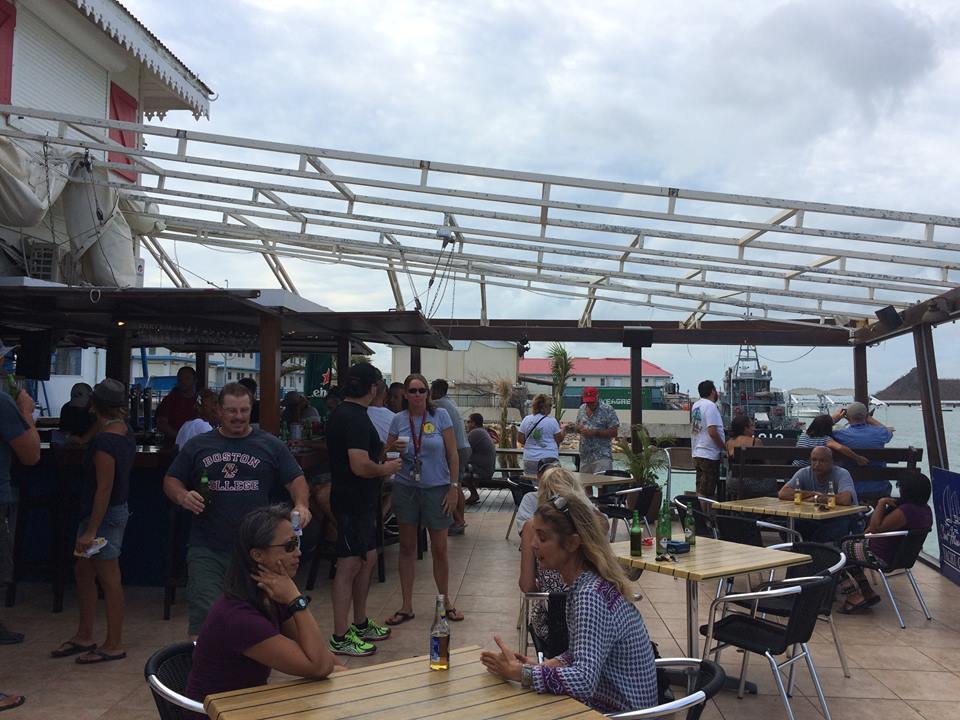 Places may have lost their roofs, but that hasn’t stopped them from opening. {Photos courtesy of Brian Le Blanc from St Maarten Yacht Club Bar and Restaurant}

“The true resilience of the people on the island has shone through in this time of disaster and many were not shy to don a pair of boots and gloves and get working to clear their neighborhoods of debris and to help each other in a crisis situation.

These are the people. This is St Maarten / St Martin.”

To find out more about ways you can help people affected by Hurricane Irma click here.