As St. Maarten / St. Martin slowly recovers, so more and more people are starting to come back, not only evacuees, but visitors as well. Both airports are open for commercial flights, the port is open for commercial vessels and cruise ships and the curfews have been lifted on both sides of the island. Here’s an update on the relief effort… 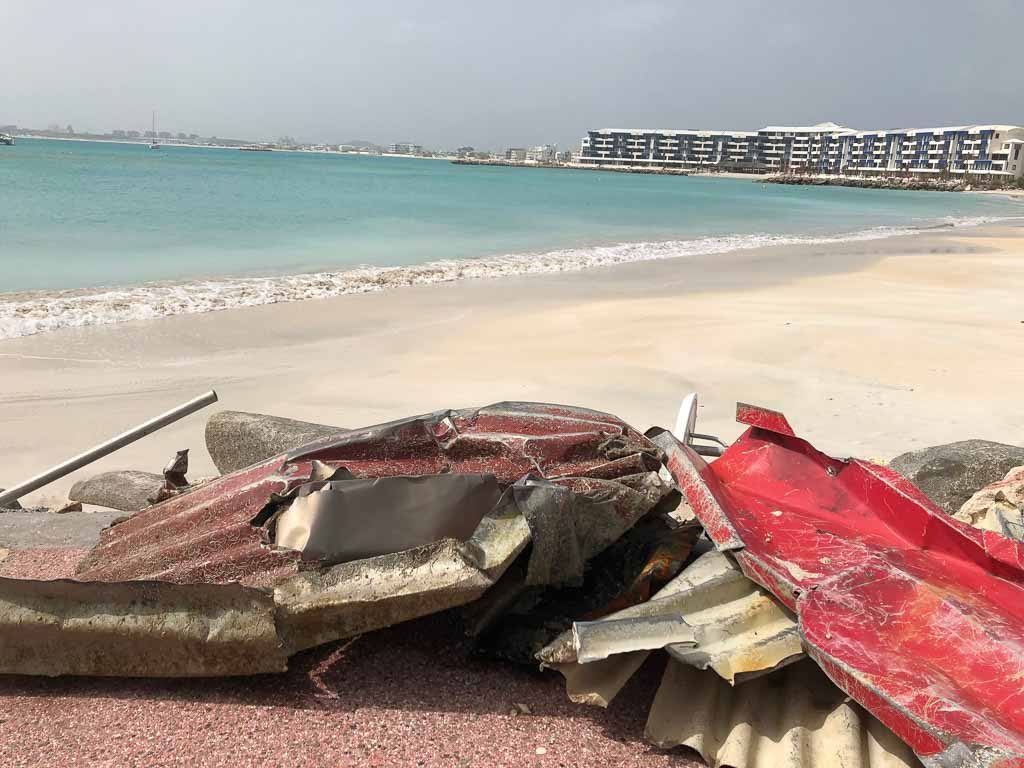 As mentioned in an earlier post, Princess Heights in Oyster Pond is open and ready to receive guests. Added to that list now is the following hotels and resorts:

It’s best to contact the hotels and resorts directly for the latest information and to keep an eye on their Facebook pages and websites. Hotels on the French side anticipate a 2018 opening, but some of the smaller guest houses are planning to be open by the end of the year. We will update the list as we get confirmation on these places. 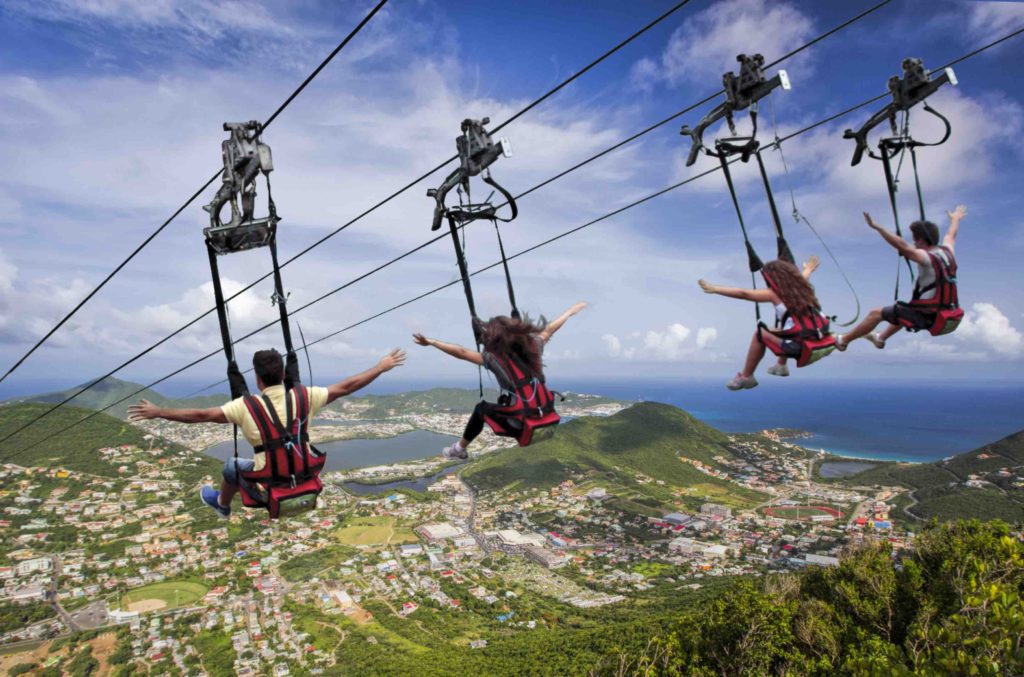 Rainforest Adventures, boasting the steepest zip line in the world, will open this month when the first cruise ship after Hurricane Irma is scheduled to arrive in port. Two attractions, the zipline and chairlift, will be open in November with the other two, the Sentry Hill zip line and the Schooner ride opening early in 2018. The chairlift takes guests up to a platform on top of one of St. Maarten’s highest points to give a breathtaking view of the island and neighboring islands. The restaurant and museum will be open this month as well.

Aqua Mania’s charter yachts came through the hurricane undamaged and Dive Safaris only lost one of their dive boats. They will be open for business when visitors start returning to the island.

The Scuba Shop is well stocked and open for business. They will be updating information on the snorkel sites from about the middle of November through December. 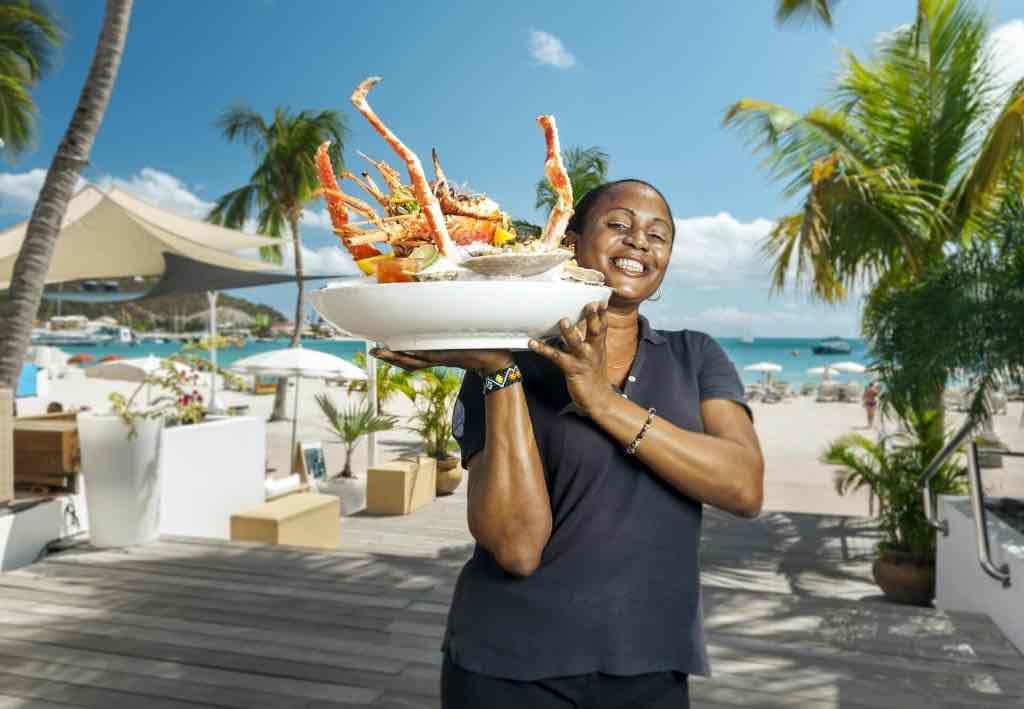 Restaurants and bars that are open are mainly on the Dutch side and include the following establishments:

Marinas that are open include: 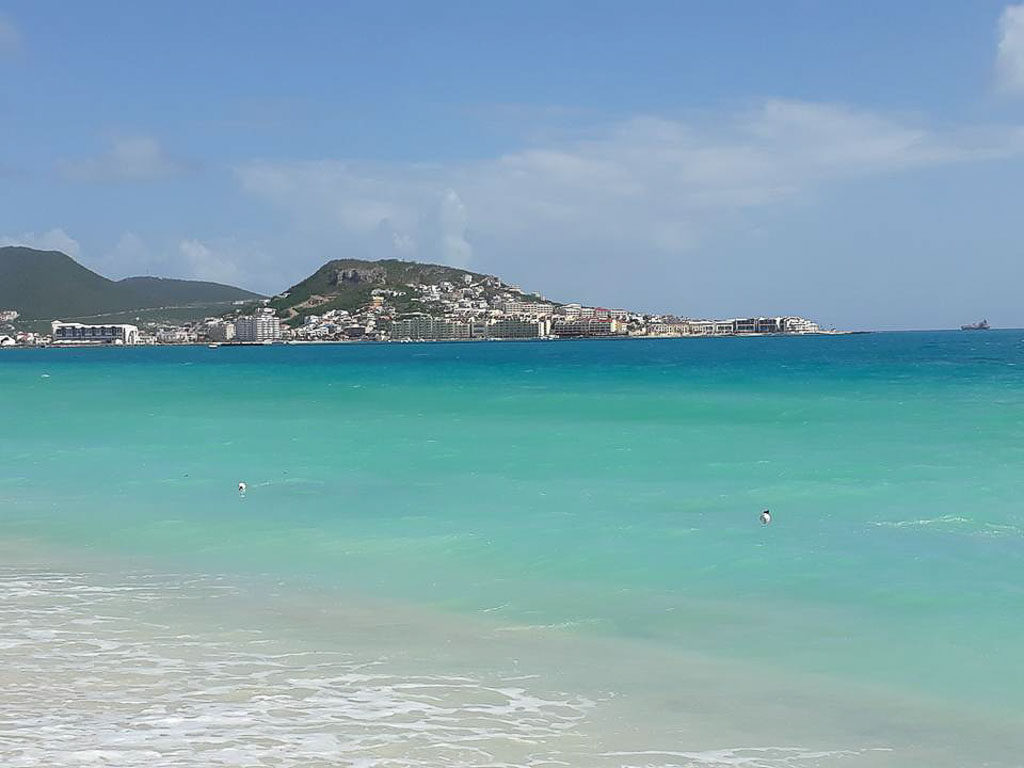 Marker buoys show where the wreck is close to Karakter on Simpson Bay beach | Photo credit: The Nature Foundation

Many beaches have been badly eroded in the storm and it will take time for the sand to return to cover the large rocks and boulders now exposed. The Nature Foundation recommends that swimmers wear protective footwear as sharp objects can still be washed up on the beaches.

Beaches that have been cleared where possible by the Nature Foundation and declared safe for swimming on the Dutch side include:

Beaches still being cleared of debris and not recommended for swimming by The Nature Foundation are as follows: 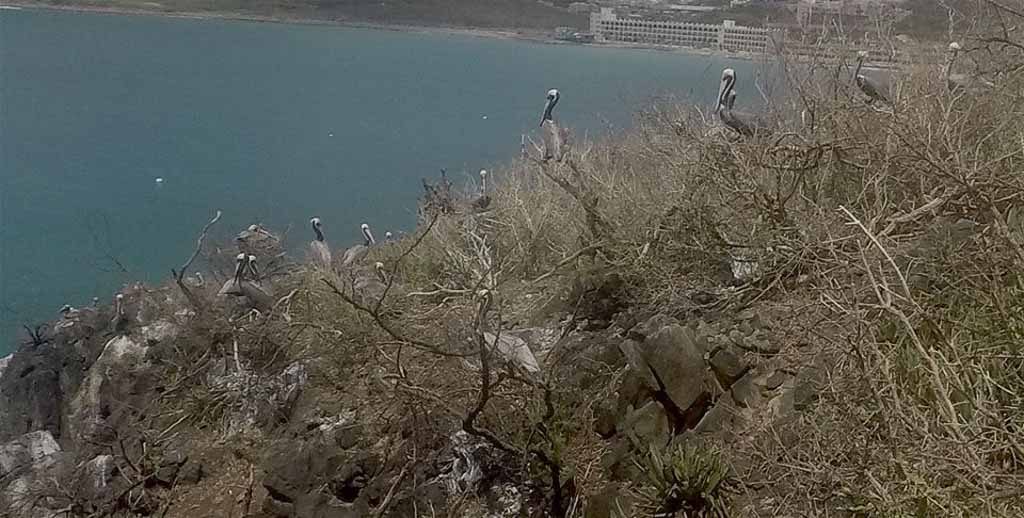 It was feared that the island’s national symbol, the brown pelican, had been decimated. The 40 breeding pairs that were being monitored at Divi Little Bay breeding site were gone and feared lost after the hurricane, but surprisingly on a later trip to assess the site, most of the pelicans had returned and had rebuilt nests and are laying eggs.

Unfortunately the turtle nests on the beaches were not so lucky and have been wiped out.

Almost as a symbol of island resilience, shattered trees have sprouted new shoots and the island is green again after the rains.

Live on St. Maarten / St. Martin? Share your pictures and island updates with us!