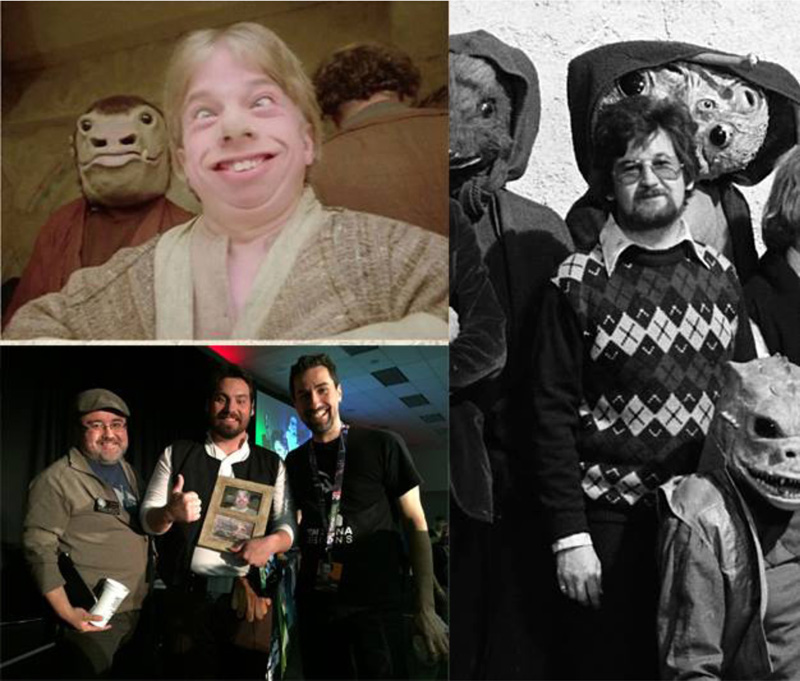 Star Wars alumni and St Martin resident Nick Maley, known as “that Yoda Guy” for his contribution to the creation of Yoda for the classic Star Wars trilogy, was honored at Lucasfilm/Disney’s Star Wars Celebration VII convention, in Anaheim California this year. It was at a special panel held to discuss the diverse characters in the famous 1977 Mos Eisley Cantina bar sequence, (episode IV), where Han Solo shoots Greedo and Obi Wan saves Luke.

Tom Spina explains. “After 38 years we thought it was time he was given a proper name and we chose Damono Deomaley, partly as a tribute to creature creator Nick Maley, who helped make monsters with Stuart Freeborn and who has been an invaluable source of behind the scenes stories and info.”

“It was an unexpected honor,” Nick responds at the Yoda Guy Movie Exhibit, 19a Front Street Philipsburg. “I do a lot of these conventions. But after all these years I was surprised to be recognized in this way which makes me now part of the official Star Wars cannon. This character was one of a group we called “the uglies” at the time. Some of the uglies were my first on screen prosthetic make-ups.”

“Working on Star Wars was a turning point in my career,” Nick recalls, “…and a dedication to me from George Lucas thanking me for my contribution to that first movie, now here in the exhibit, is one on my most prized artifacts.

For more information  and the Yoda Guy movie exhibit  click on www.yodaguymovieexhibit.com.