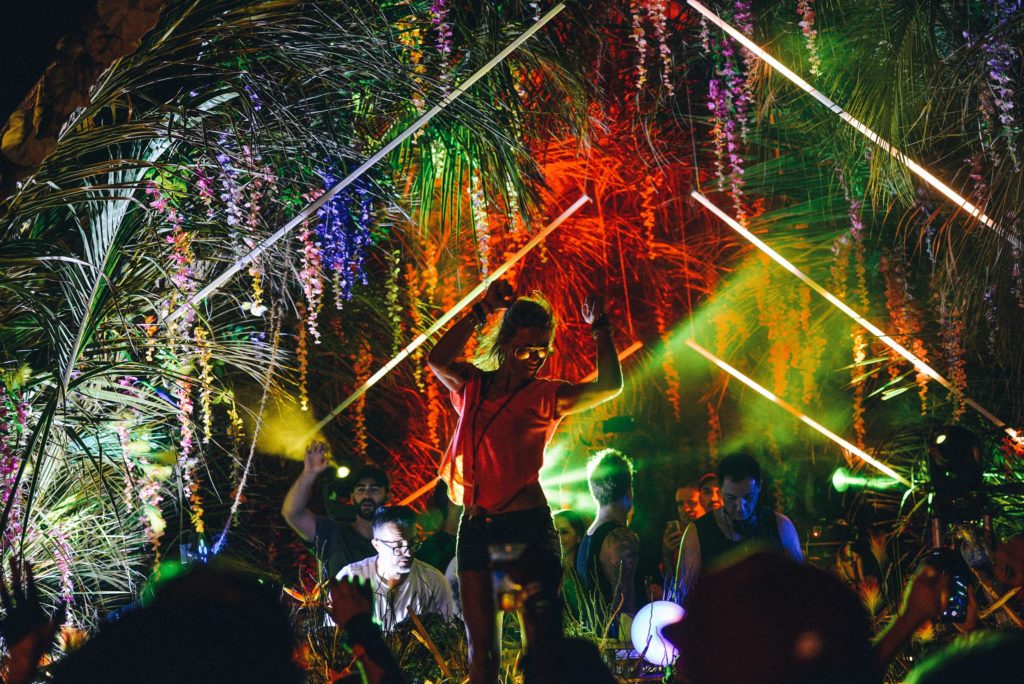 The first SXM Music Festival was a resounding success and this years’ festival looks set to put this exciting event firmly on the events calendars for the island.

The main party venue will be at Happy Bay on the French side, a stunning, secluded beach that is only accessible by boat or by foot. The festival starts at noon on Wednesday, 15 March, and runs day and night until Sunday midnight on 19 March. Take in the magnificent Caribbean sunsets and sunrises to regenerate before going on to the next rave. It’s advisable to stay hydrated, pace yourself, and rest.

The seven venues hosting the festival are: – Happy Bay for 24 hours non-stop, Tantra nightclub and Sanctuary in Maho (10pm to 5am), Sky Beach Rooftop Beach and Lounge in Maho (5pm to 2am), The Refuge next to Sunset Beach Bar and Grill on Maho beach (10pm to 5am), Soggy Dollar in Simpson Bay (10pm to 5 am), Mecure Hotel in Nettle Bay with a lagoon side stage (1pm to 5pm), and Layla’s Beach Bar and Restaurant in Nettle Bay on the French side (5am until noon).

The safest and easiest way to get from venue to venue is either by shuttle bus or by boat, which run regularly between two terminals. The shuttle bus terminals are at the gate into Orient Bay and Soggy Dollar and they travel either way between the venues. They can stop along the way for you to get on or off if your hotel is along the route. The boat goes from Soggy Dollar to Dinghy Dock in Simpson Bay and then across the lagoon to the lagoon-side stage at the Mecure Hotel. You can catch it on the other side again at Dreams Beach Bar to get to Happy Bay and back again.

There will be no access allowed to Happy Bay by private boat during the festival and no access to the anchorage either. Only the festival boat shuttles are allowed.

For more information on the DJs performing at the SXM Music Festival visit www.sxmfestival.com/events