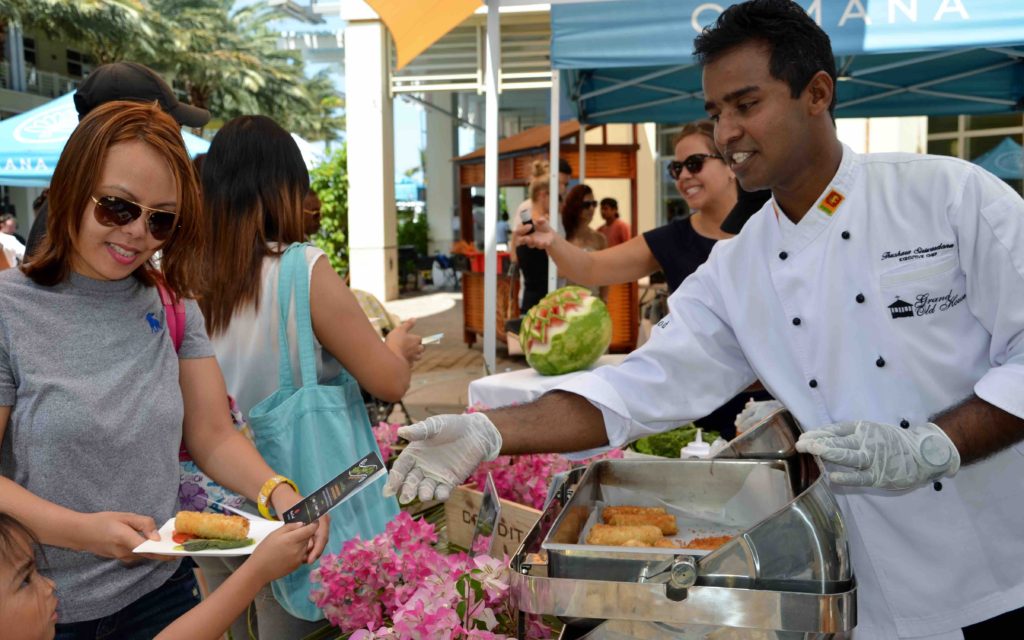 It was a day that celebrated everything that’s great about local produce in the Cayman Islands – Slow Food Day, held on Saturday 16th April and produced by a collaboration between Camana Bay and the Slow Food Society of South Sound.

The farmer’s market and deliciously tasty complementary tastings and demonstrations from some of Cayman’s best restaurants brought crowds of people to come and enjoy lovingly-made food sourced locally, despite the fact that day was melting hot. Thankfully The Ritz-Carlton chefs had conjured up a mango, papaya and cucumber juice with a touch of chilli so that passer-by could cool down in the soaring heat.

A particular crowd pleaser was the Westin’s West Indian goat roti, chickpea and lentil salad with a cilantro chutney as well as The Ritz-Carlton’s Blue restaurant chefs, who dished up an amazing seared octopus with a spicy chorizo reduction and crispy fried kale. The Grand Old House chefs also wowed with a lovely jerk infused braised chicken roll, with a local tomato compote and a local green salad, served with a smile by Chef Thushara. 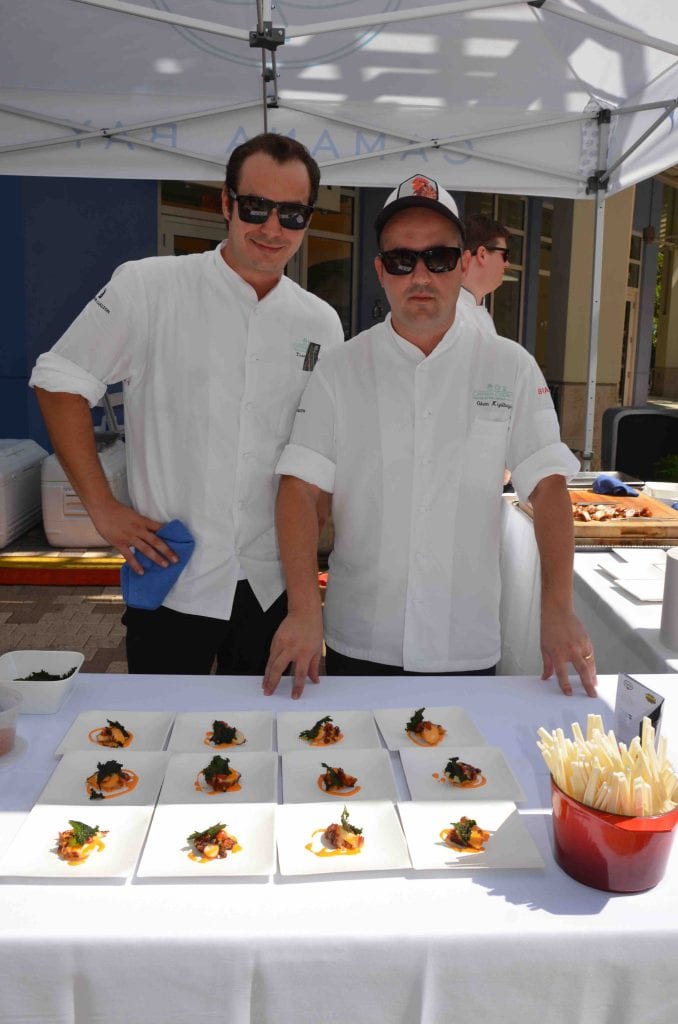 Local farmers, Mr Clarence and Mr Hamlin were also in attendance, showcasing their fresh local produce, which often graces the table of some of Cayman’s finest restaurants. Squash, aubergine (eggplant), tomatoes, coconuts, a variety of leafy greens and so much more made a beautiful display on the day.

Later in the day, the restaurants at Camana Bay put on a stunning dinner, along with celebrity American chefs, Mike Lata, who is the owner of FIG Restaurant and The Ordinary, from Charleston, South Carolina, and Edward Lee, owner of 610 Magnolia, The Wine Studio and MilkWood who is based in Louisville, Kentucky.