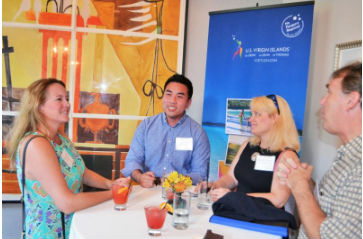 The United States Virgin Islands Department of Tourism recently executed an activation in Orlando, Florida to generate awareness and increase travel from this important region to the Territory.

Commissioner of Tourism Beverly Nicholson-Doty reported that Orlando, which is one of the Department’s priority target cities, is the number one market for connecting flights over Miami.

During the visit, the Commissioner met with approximately 20 journalists and influencers at a media mixer hosted by the Department and on one-on-one deskside appointments.

The journalists, which represented media outlets from Orlando Magazine to ISLANDS.com, received the latest news and updates from the Territory, including Dine VI, which will be held on St. Croix, St. John and St. Thomas from October 27 to November 12, Centennial celebrations in 2017, and the new Winter NICE promotion, which promotes travel to the Territory from January to March 2017.

Commissioner Nicholson-Doty also conducted a radio interview on WOKB 1680AM’s “Talk it Up Radio” – a show targeting the Caribbean Diaspora in Central Florida. 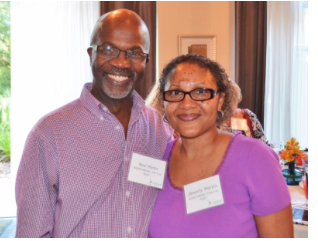 While in Orlando, representatives from the Department of Tourism hosted meeting planners and travel agents during a lunch presentation to share developments related to the meetings industry in the Territory. Attendees received an overview about various offerings that appeal to groups, including the Department’s “Procrastination Pays” promotion, which incentivizes planners to book their meetings and events in the USVI.

A highlight of the activation was connecting with Virgin Islanders during an evening reception. Orlando has a strong Virgin Islands community, and this event provided an opportunity for them to meet with Department of Tourism representatives, gather information about participating in the Tourism Ambassadors program, as well as learn about upcoming events and offerings, including the “Family Reunion” promotion, which encourages Virgin Islanders living outside the Territory to return home to reunite with their loved ones.

At the Amway Center, tourism representatives also connected with world renowned local recording artists, R. City, who are currently on tour with Maroon 5. The Department of Tourism has partnered with R. City to promote the U.S. Virgin Islands on this multi-city tour.

“We identified Orlando as an area we wanted to focus on in our FY2016 marketing strategy, and we are going into the new fiscal year with exciting business opportunities to pursue,” said Commissioner Nicholson-Doty. 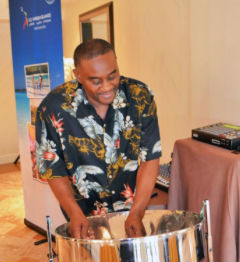 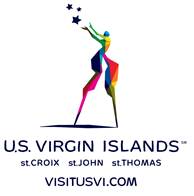