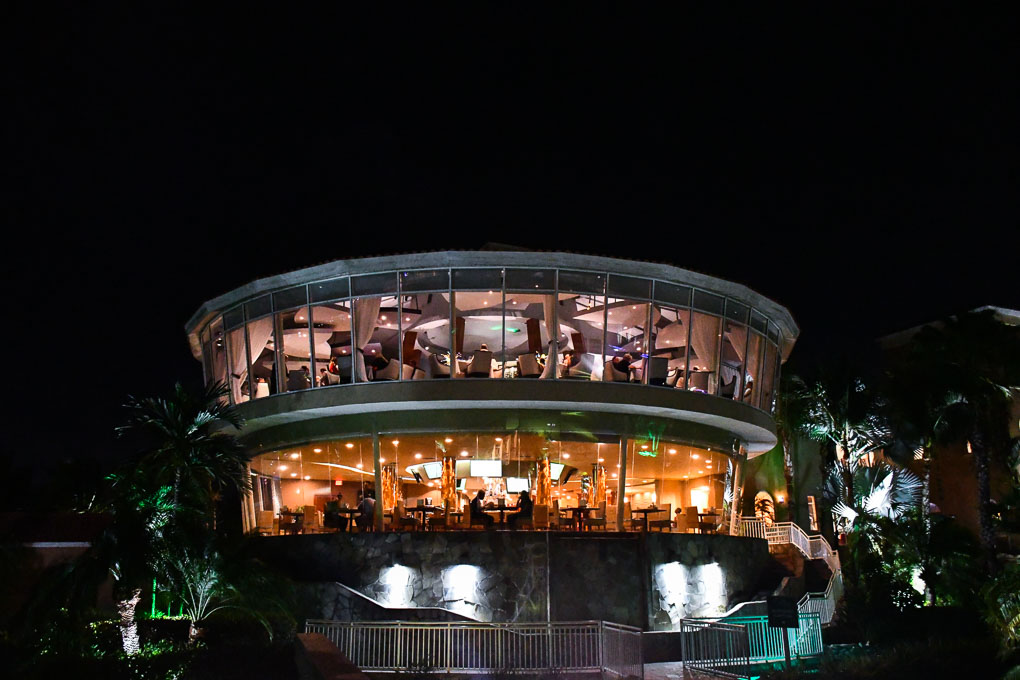 Windows on Aruba, beaming over the 9 hole golf course at Divi Village Golf & Beach Resort for the first night of the event

When I found out Divi Resorts was bringing a Michelin Star Pop-Up Dinner Event to Aruba, I was thrilled, to say the least. Every time I watch Chef’s Table I can’t stop dreaming about getting to experience what it’s like to taste one of those award-winning dishes; especially knowing that these guys were coming to the island with 8 stars under their belts. The event buzz rose like foam and quickly the tickets were the most coveted thing. “Sold out”, I heard. And I was bummed to miss out, but the Divi team, Marrit, and Dominique, made sure to organize a third chance. Partners, international press, and house friends gathered at Windows on Aruba, one day before the big opening night, for an afternoon journey at the hands of François Geurds, Edwin Vinke, Erik, and Juliën van Loo and Jermain de Rozario, the men in charge of this memorable day.

The front of house looked pristine, I could really feel the excitement of the guests gathered there, ready to embrace the experience to the full extent. A glass of sparkling wine served, and we were off to a good start. I can only describe these dishes as I felt them, just because they really made us feel so much.

Let’s start with the appetizers. The “Oyster Margarita”, was the perfect fresh start with a kick. I asked, “What was that extra flavor?” I know it as “merkén,” smoked red hot chili peppers, a staple in Chilean cuisine. It was a completely unexpected surprise brought to the table by Edwin Vinke, the coolest guy you can imagine, awarded with two Michelin Stars at his own restaurant  De Kromme Watergang. That spicy touch comes from a guy like him. 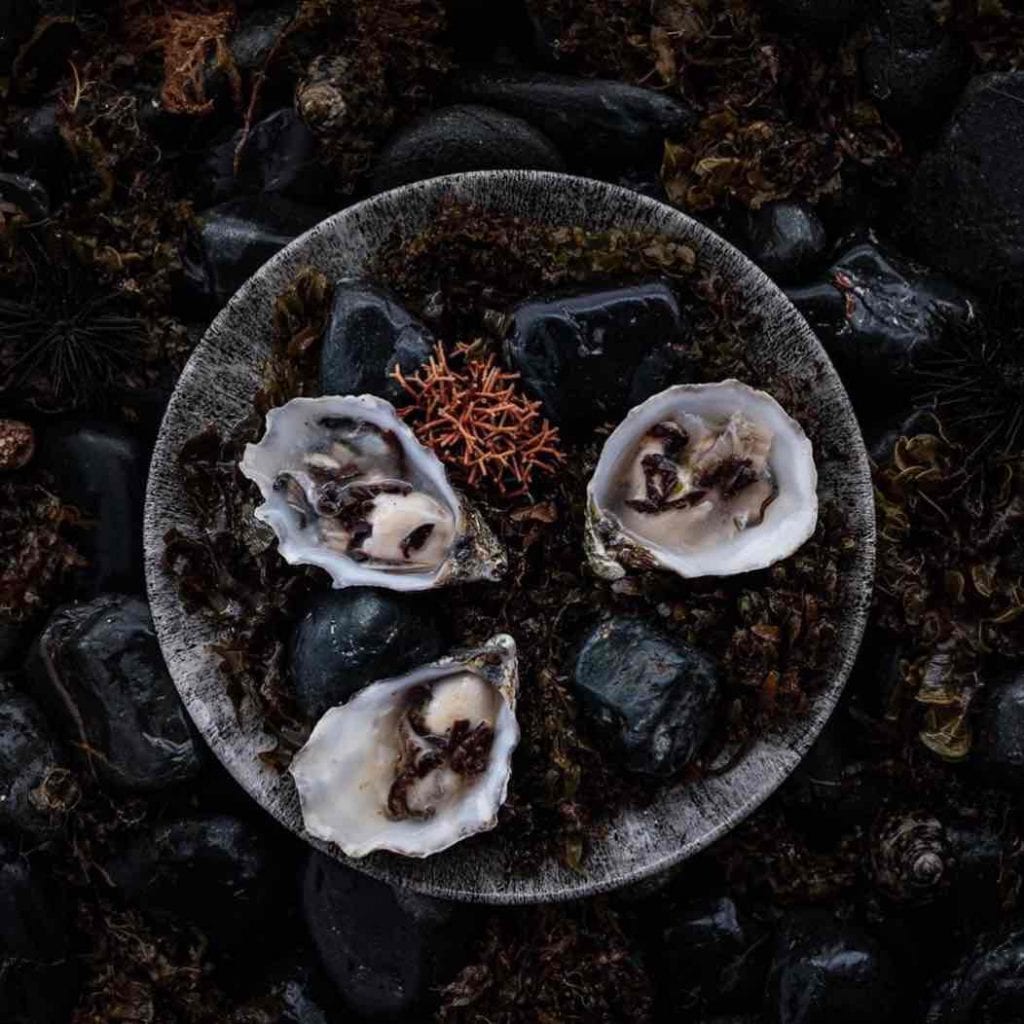 The “Crackling Duck Liver” followed, a creation of François Geurds. Organic foie gras with green peas cream, watercress, and buckwheat. A tiny terrarium that turned into explosions of flavor in the mouth.The creation of a scientist, perhaps? This chef opened the first culinary lab in the Netherlands and holds three Michelin stars. 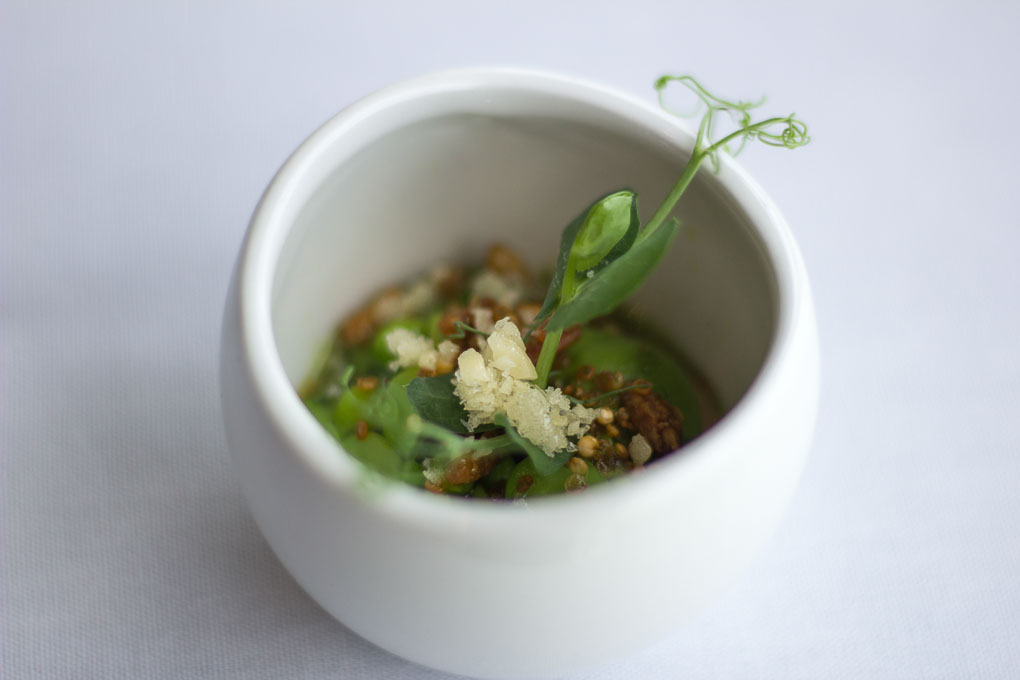 Onto the “Bommeriger Pig,” brought to us by Erik van Loo and his son, Juliën. Situated on a traditionally Dutch-made piece of pork belly, a dollop creme fraiche & truffle tapenade. It helped me understand why sometimes in the culinary field, what matters most is the perfection of ingredients and that elegance lies in simplicity. 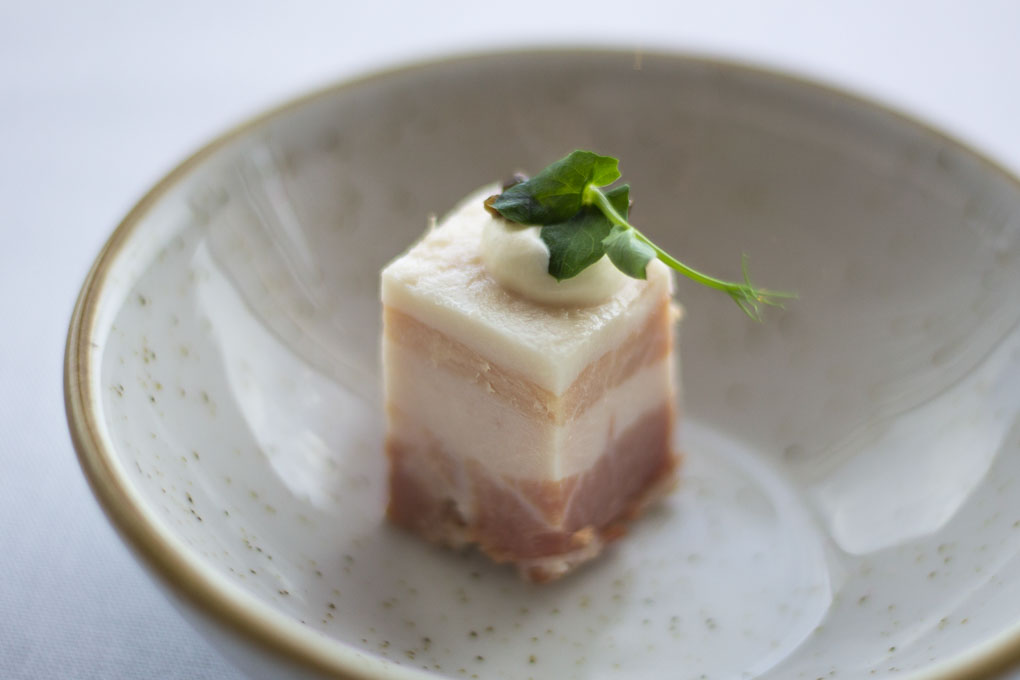 Having ventured to a few Indonesian restaurants on the island, the “Gado Gado” was something familiar. Figure this amuse, an Indonesian salad with the punch of the peanut and soy. Chef Germain de Rozario, bases his menu at The Rozario (*) on film, music, love, and friendship. You understand the story behind this dish, playing with feelings and taste. 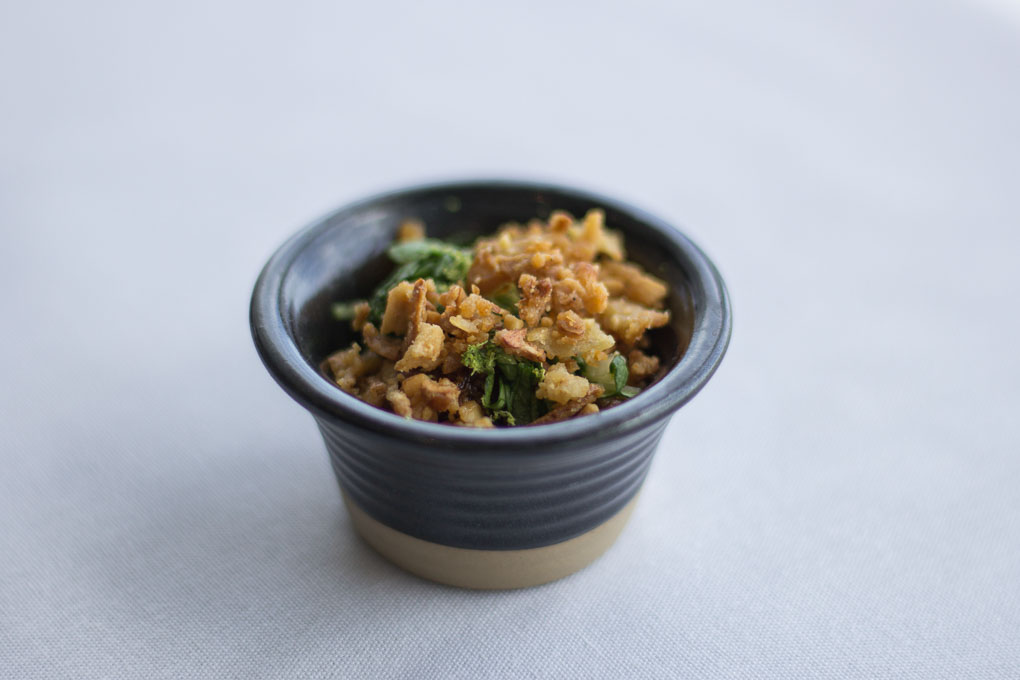 The “Black Beauty” by François Geurds stole the show, arriving at our table looking like a black planet. Little did we know, the treasure hidden inside: 3-hour barbecued celeriac root with 43 secret herbs & spices vinaigrette. I never imagined a vegetarian dish would make it to my all-time top 5, but this took the crown! 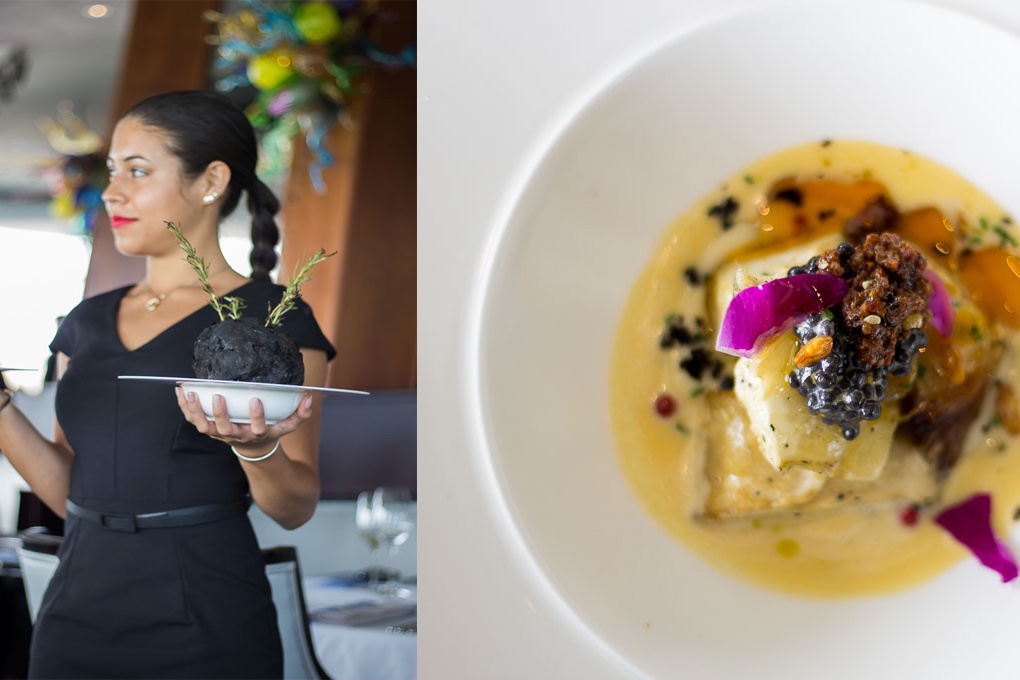 Edwin Vinke strikes again with a surprise, “Codfish en papillote”. I loved that we were handed scissors to cut open the cover and how we were instructed to pour the “tom kha” (a spicy coconut milk soup) over the fish inside. I personally like the steps you have to take before eating, they make the experience more engaging. ‘Gotta say, the Codfish was out of this world! 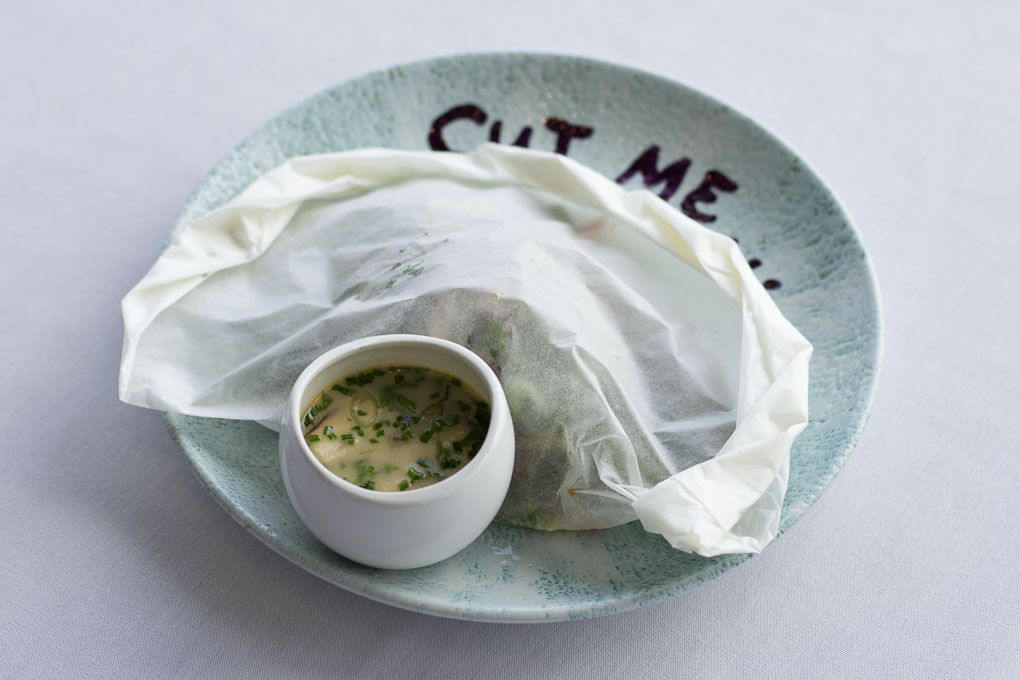 For our third starter, we had the “Stoba FG Style”. Chef François dug into his Aruban roots with this sweet crispy succade cut, accompanied by a sereh foam and beef gravy. It felt like a Sunday dinner at mom’s house. The wine pairing was spot on, a good glass of “Alexander vs. The Ham Factory” with a red fruity entrance. 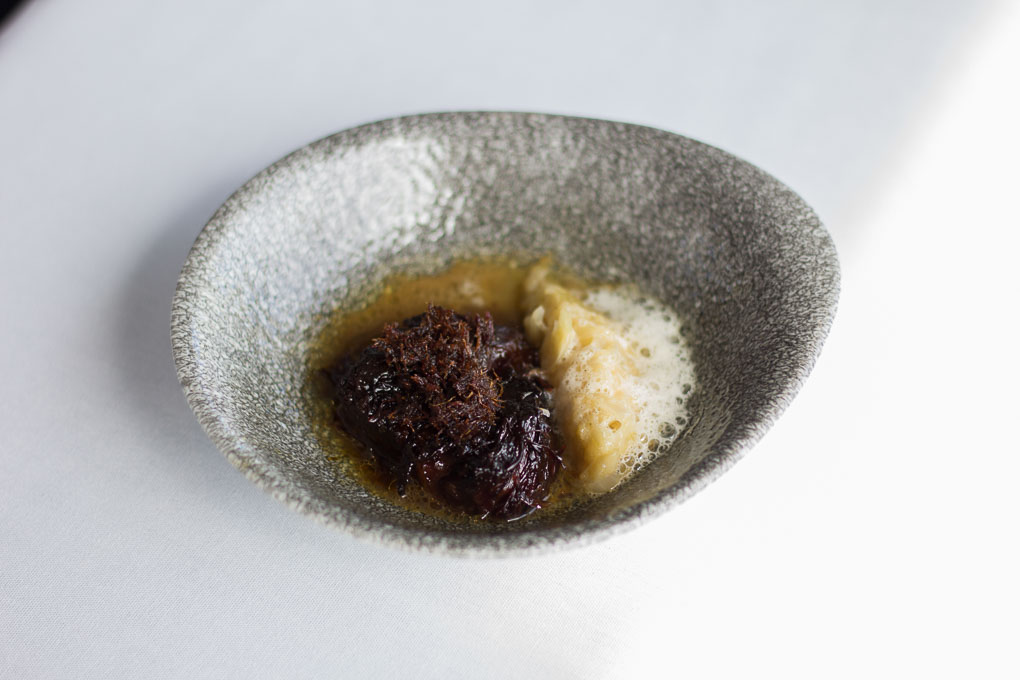 The time has come for our entrée, the Dutch Lamb, masterfully prepared by Erik’s van Loo son, Juliën. Accompanied by two white asparagus alongside that intense black garlic paste and notes of spices. The chef played the duality of the strong and soft sides to make this one the main course. 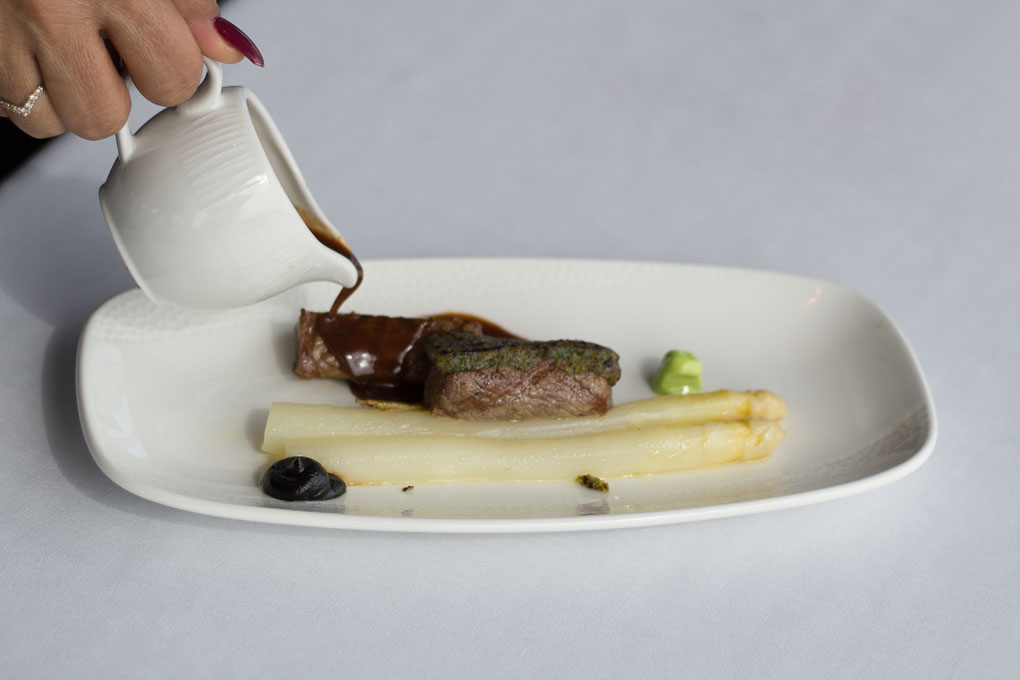 Dessert can be a huge challenge at an event like this but Chef Rozario knocked it out of the park, by embracing an island vibe with this coconut cream paired with mango ice cream, pineapple and an authentic touch of papaya that made it interesting and light. It just felt perfect for Aruba. 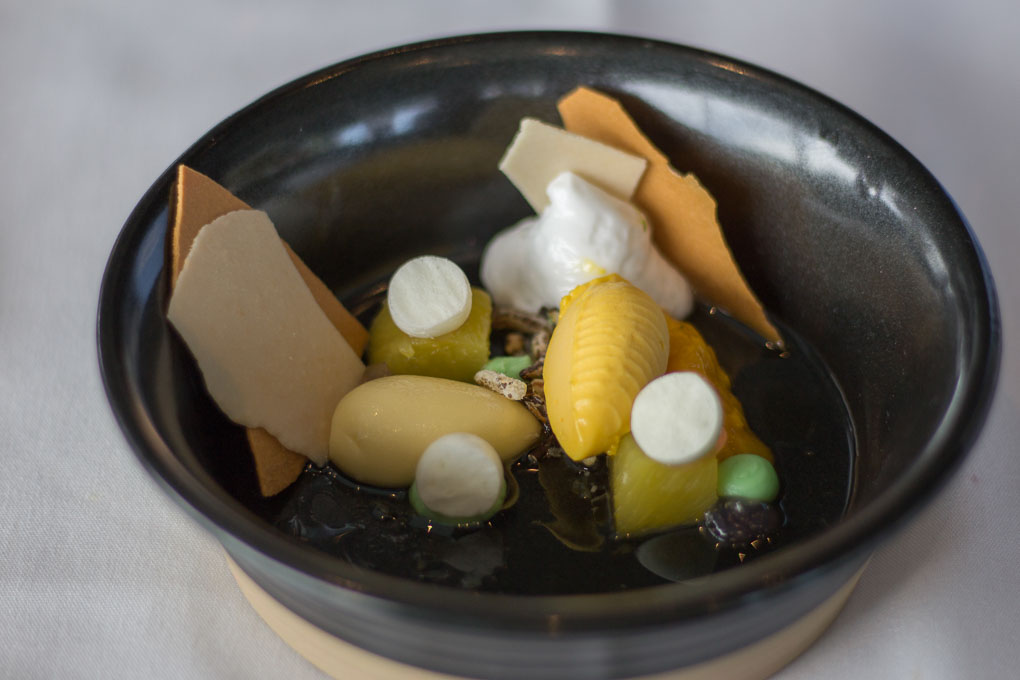 We are only in June and dare I state, this was the culinary event of the year. I’ve always wondered what this experience would hold. And judging by the standing ovation the chefs received, it’s safe to say I wasn’t the only one who left thoroughly impressed. The up-close and personal experience and personality each dish delivered, made us understand why these talented experts were awarded such an honor – the Michelin Star.

Special thanks to Lynn and Nicole for the impeccable service. 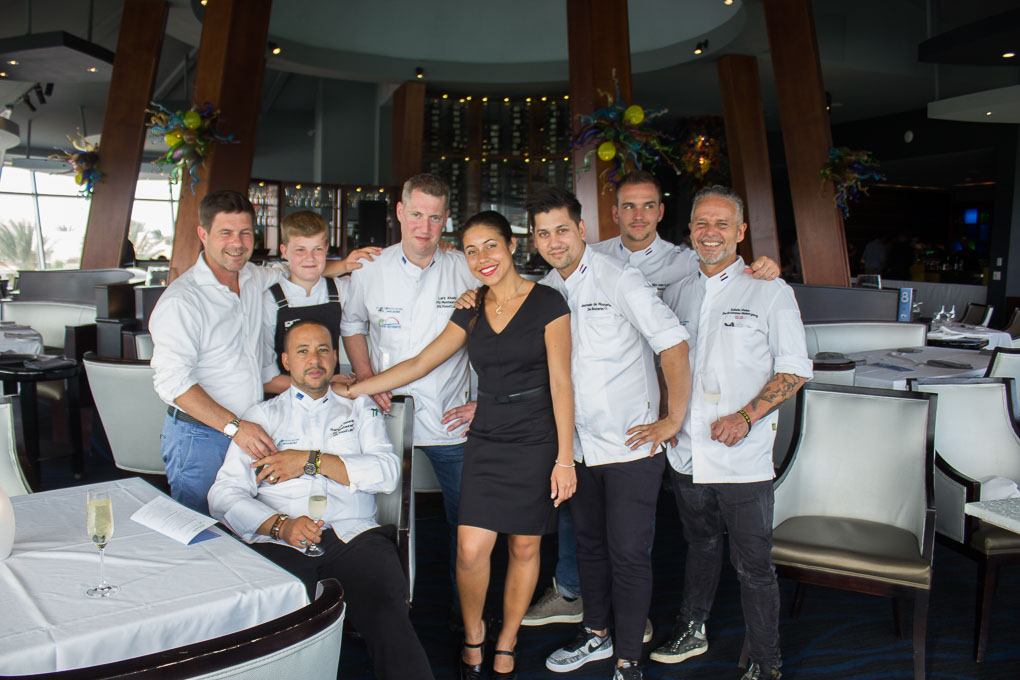 All smiles after the service at Windows on Aruba.

To reserve a table at Windows on Aruba or to find out about upcoming special events visit windowsonaruba.com