During a recent visit to England, St Martin resident Nick Maley, known as “that Yoda Guy” for his contribution to the creation of Yoda for the Classic Star Wars Trilogy, was awarded Honorary Membership to the Elstree Base of the Star Wars Rebel Legion, UK.   The Rebel Legion is one of the foremost groups of Star Wars Cosplayers who make appearances worldwide to raise money for different charities. 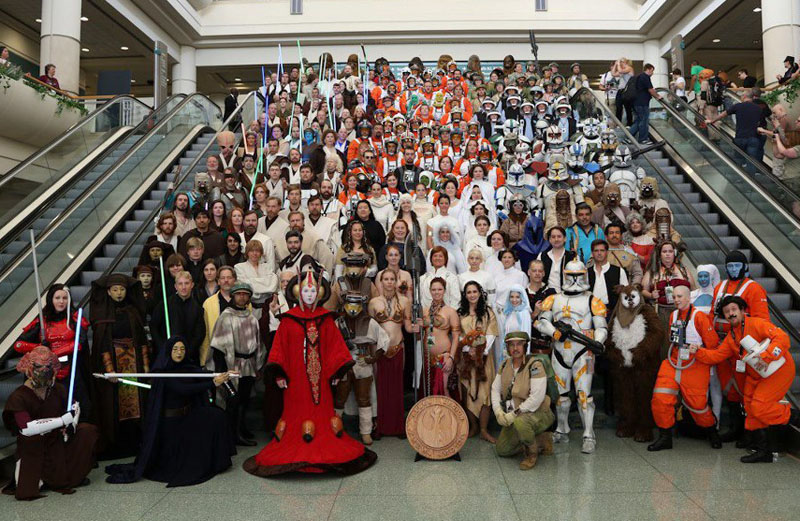 “The induction took place at Star Wars Fan Fun Day in Burnley,” Nick     explains, “…and I am both proud and honored to be a member of this great charitable organization. As fate would have it, my next appointment that week was at Elstree Studios, the same film facility where the Star Wars movies began 38 years ago.” 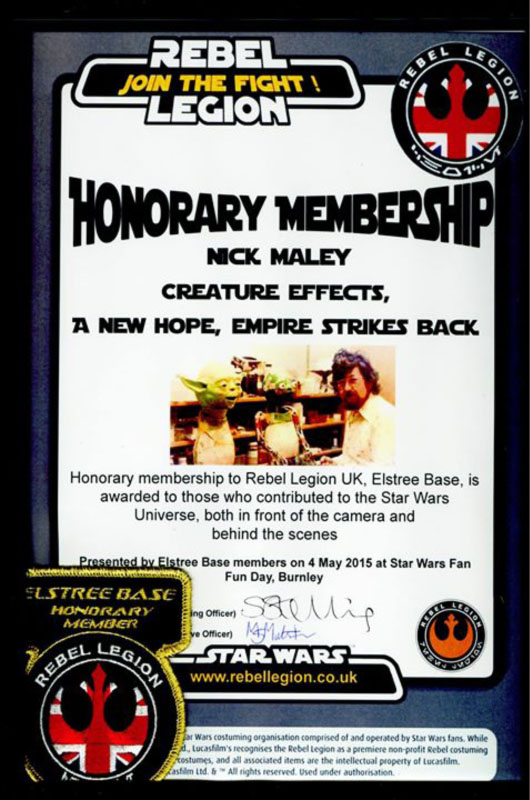 “The old George Lucas Stage is still there,” Nick continues. “That’s where we filmed the swamps of Degobah. Being in the studio again after so many years, brought back a flood of memories. Memories of those early days in my career. Memories of the other team members that helped create the world’s most popular SciFi saga. Somehow it made the honorary membership all the more pertinent that I was inducted into the Rebel Legion via a Base that was founded in the exact location where Star Wars began all those years ago. It was there that the team that I was a part of, lead by legendary creature effects designer Stuart Freeborn, created Chewbacca, Greedo, the Wamba, the Tauntaun, Yoda and other classic characters that have since become a part of the lives of Star Wars fans around the world.” 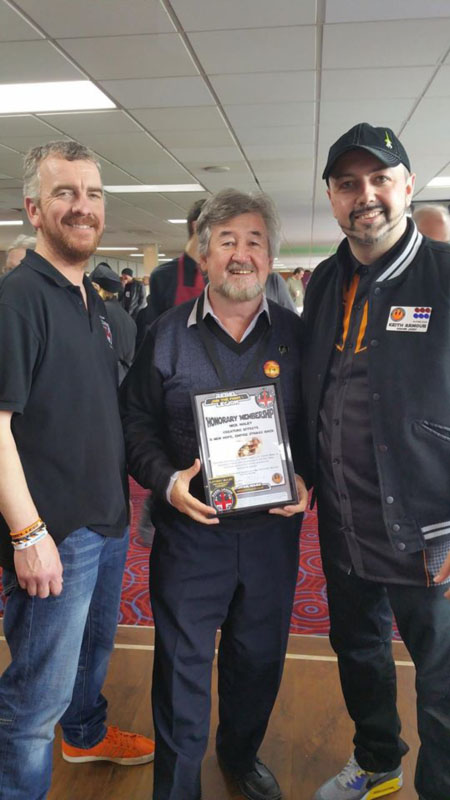 For more information on the Yoda Guy movie exhibit click on www.yodaguymovieexhibit.com.