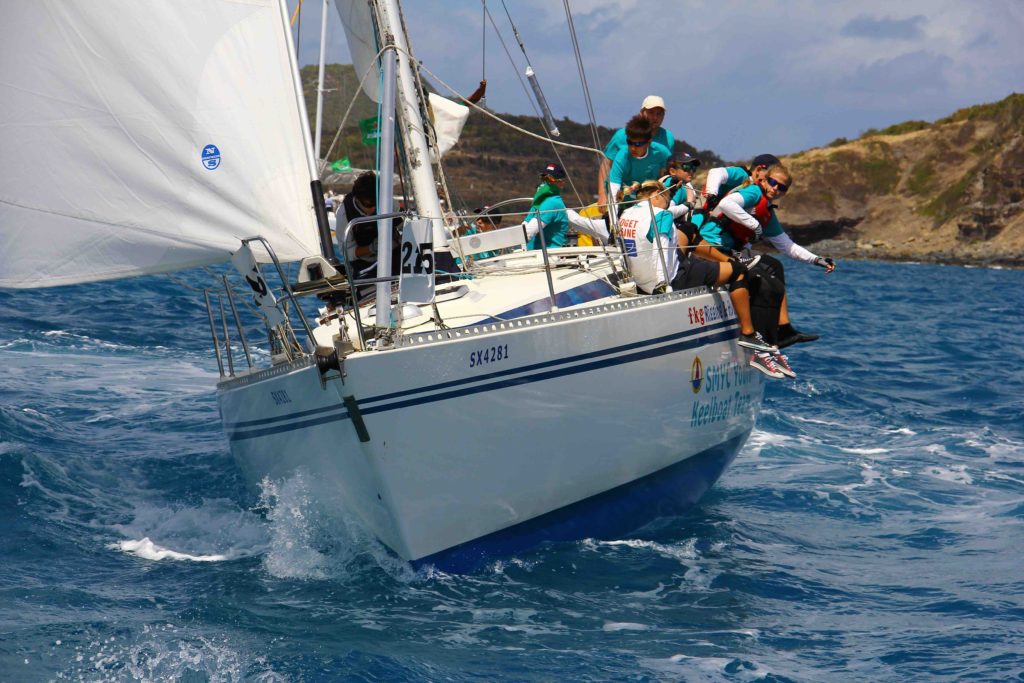 You don’t get much for a dollar these days but that’s exactly what a group of young St Maarten sailing enthusiasts paid for the 39-foot Fingulf yacht, Pixie. But there was a slight problem. The yacht had a big hole in it and was sitting on the bottom at Island Water World marina after a visit from Hurricane Gonzalo in 2014.

What do you do with a sunken yacht? Sunken boats are a terrible mess inside, their engines and expensive electronics invariably ruined. Image submerging your house in dirty seawater and letting it sit for two weeks. That will give you some idea of what the original owners were facing. To refloat and repair the yacht would require a huge amount of work and expense. Selling was an option, but who would want a wreck?

The incentive was the price. For sale, as is, where is, for one dollar. And so this remarkable story began.

It was Andy Sin Key’s idea to buy the ‘wreck’ having seen it as a great opportunity for the youngsters of the Sint Maarten Yacht Club to share in a project and ultimately race the boat in the Heineken Regatta.

Eventual skipper Nina Manley, 17, worked with a team of up to 40 enthusiasts to rebuild the boat, the team doing as much of the work as possible, and only calling on the help of professionals where necessary.

Manley’s first impressions were not good. “I hadn’t been given many details about the boat only that I now had one and it sank in hurricane Gonzalo. When I first saw it I thought, oh, that’s not so bad. Then I saw the hole as she came up, got my first
whiff of Eau de Lagoon, and thought, oh boy, what did I sign up for.” 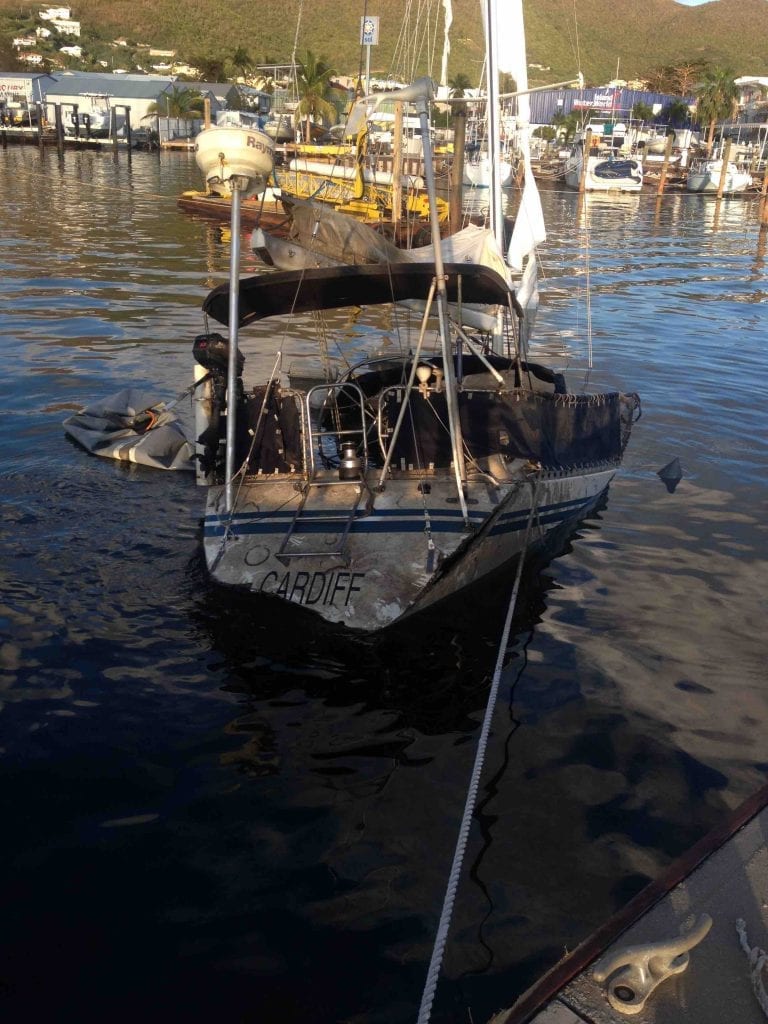 Her initial fears were put to rest once the team came together.

“Everyone played a big role in resurrecting the boat, we spent a lot of time cleaning and fixing. Everyone’s goal was to get her sailing,” Manley said.

Once refloated and hauled out ashore, the job of repairing the gaping hole began. Then it was time to clean every millimeter of the boat’s interior, which was covered in a thick layer of stinky lagoon mud. As the smallest, and youngest person on the team, the unenviable job of scouring out the tight spaces fell to 11-year-old Summer Morton, who says she didn’t mind at all. “I was honored when they asked me to be part of the crew. I already knew all of them very well so it felt like family when we were together,” she said.

“The most difficult part of the project was to stay motivated,” says Manley. But help was on the way.

In St Maarten, when young people grab the initiative, the local community gets right behind them. As the team’s parents spread the word, businesses in the sailing community came forward to help by donating time, supplies, or both.

Work went on apace, the team even sewed their own foresail in the loft, but the boat was far from finished and the race crew needed to practice. That meant going to sea. With the engine still in the workshop, the boat was towed through the bridge so practice sessions could begin.

Then came the big day and Pixie roared across the start line of the world famous Heineken Regatta. From a wreck to a race boat, this was serious stuff. And it proved to be a baptism of fire.

“This Heineken was a nightmare weather wise. With huge waves and strong winds, it was a challenge for everyone.” says Manley. Foredeck crew were soaked most of the time, and the downwind off Tintamare was a real test of skill.”

Fifteen-year-old Johanna Looser worked the foredeck. “At one point I was up at the bow trying to re-attach our boat number to the railing. We were in pre-start, it was blowing and spray was flying everywhere, so it was quite intense!”

After a very tough regatta, Pixie finished a respectable 10th in her class and a group of determined youngsters and their one dollar yacht sailed into regatta history.